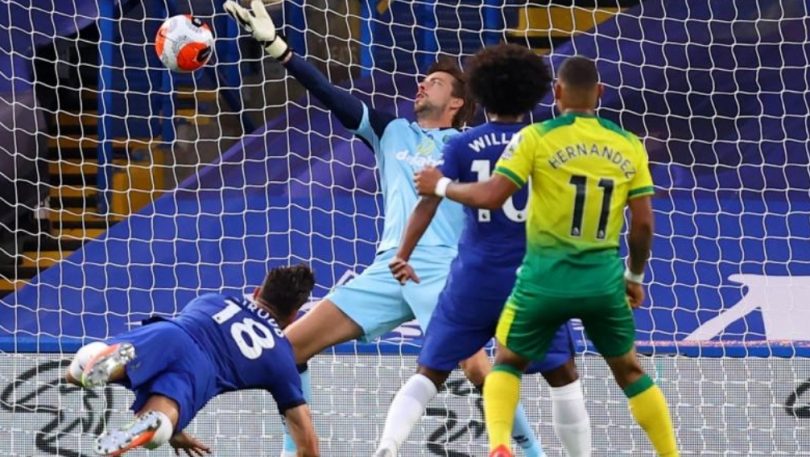 Chelsea defeated already-relegated Norwich City 1-0 in the Premier League on Tuesday night to boost their top-four hopes this season.

French striker, Oliver Giroud only goal of the game to earn all three points for Chelsea at Stamford Bridge.

“We really wanted to bounce back and we played a good team against Sheffield United. We have done mistakes obviously so we tried to not do it again. This determination to do well tonight was very high. The most important thing was the three points so we feel relief now,” said Giroud

For Norwich, defeat was their eighth straight defeat in the campaign and 25 losses overall. It is their first in a league campaign in the club’s history.

Leicester and Manchester United both play on Thursday as the race for Champions League spot continues.