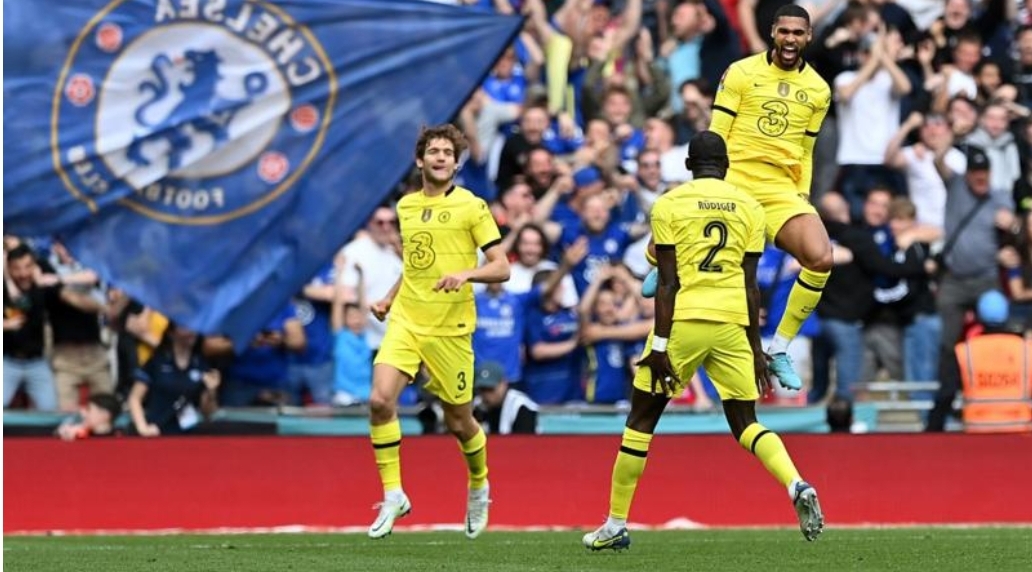 Chelsea have secured their place in the final of the English FA Cup after beating Crystal Palace in the semifinal tie at Wembley on Sunday night.

The Blues sealed a 2-0 victory over a stubborn Palace side to set up a meeting with Liverpool in the final billed for May 25.

Chelsea and Liverpool will be meeting for the second time at Wembley this season, having face each other in the Carabao Cup final in February.

Liverpool won the game on penalties but Chelsea will have the chance for revenge.

Chelsea have deservedly reached their third successive FA Cup final and will now hope to reverse recent history after losing the previous two to Arsenal and Leicester City.

The Thomas Tuchel side recently got knocked out of the Champions League by Spanish giants Real Madrid.

They sit third in the Premier League table.