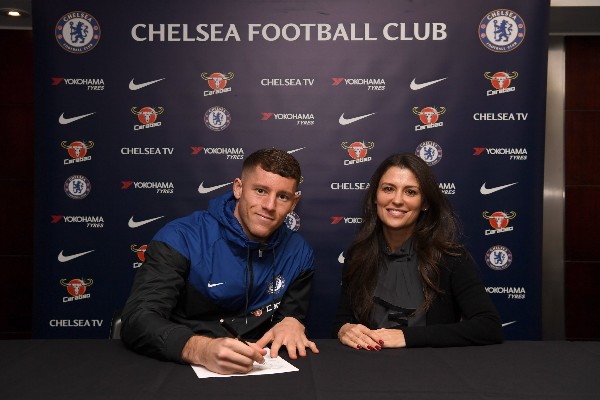 Premier League champions, Chelsea have confirmed the signing of Ross Barkley from Everton.

The England midfielder, whose Everton contract was due to end in the summer, is believed to have cost around £15m.

“Chelsea Football Club has today completed the signing of Ross Barkley from Everton.

“The 24-year-old has signed a five-and-a-half-year contract and will wear the number 8 shirt”,  Chelsea announced on their official website on Friday.

Barkley was quoted by the website to have said, “I’m overwhelmed, I’m looking forward to it and I’m really excited to get started.

“To be given a fresh start at a new club like Chelsea, it’s unbelievable for me. I’m looking forward to continuing where I left off at the end of last season and hoping to improve and add more goals to my game.”

Barkley, who has been out injured all season, made 150 league appearances for Everton, as well as being named in England squads for both the World Cup and European Championships.

Chelsea play away to Norwich City in the FA Cup on Saturday.