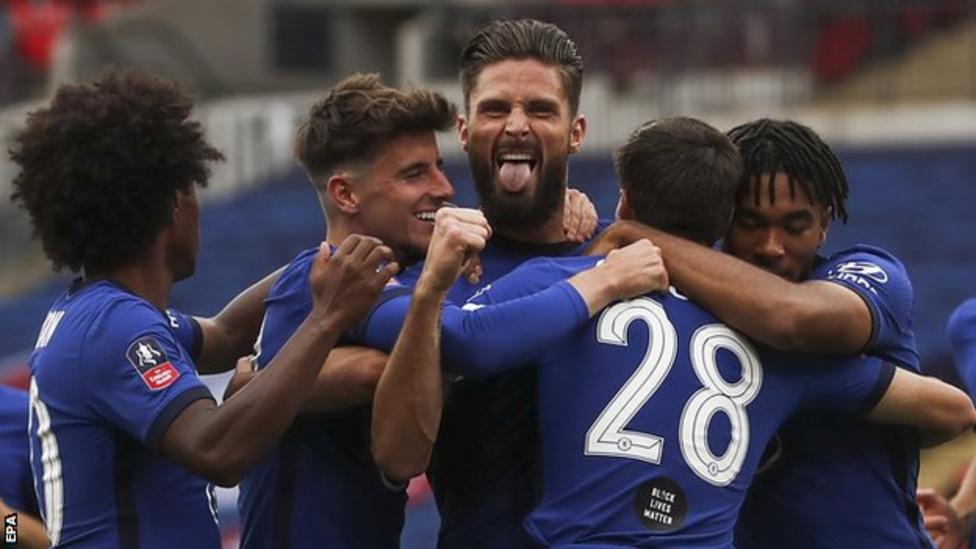 Chelsea defeated Manchester United 3-1 in their English FA Cup semifinal to set up a final showdown with city rivals Arsenal.

It was a nightmare performance for goalkeeper David de Gea as he gifted the Blues two goal at either side of halftime.

Olivier Giroud flicked in a first-half stoppage-time opener to put Chelsea ahead before Mason Mount scored a 20-yard shot into the net moments after the restart.

Captain Harry Maguire diverted Marcos Alonso’s cross into his own net at the near post with 16 minutes left, as Chelsea were cruising to victory.

Bruno Fernandes pulled a goal back from the penalty spot late on after Callum Hudson-Odoi fouled Anthony Martial but it could not save the Ole Gunner Solskjaer side.

Related Topics:arsenalChelseaManchester United
Up Next