Chief Fani Kayode – Was that a stupid thing to do? | Ripples Nigeria 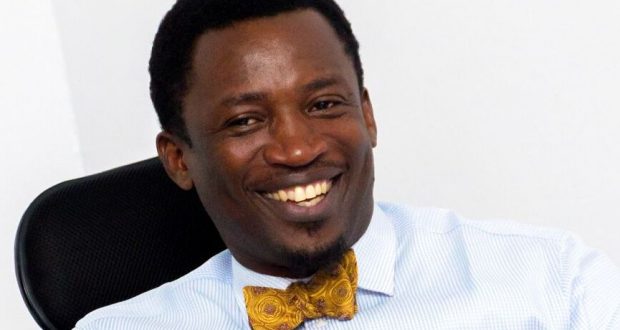 I have been in close contact with Chief Fani Kayode for some time now. He is a regular reader of my column and we discuss these issues anytime he comes around to reading some of the things I throw up on WhatsApp.

He had informed me that he was on a national tour and would most likely accept to be a guest at the Duke’s Afang Summit. The Duke’s Afang Summit is a gathering of interested parties who come together regularly to discuss the National Question. Preparations for next edition were set just when the viral video of the Chief ‘Loosing It’ in Calabar started circulating.

The video had elicited very passionate arguments on The Duke’s Summit – which is a virtual gathering of some of the most intelligent minds on social media when it comes to Nigeria and its many wahala. Chief had won a lot of sympathizers as many of the respondents didn’t see anything wrong with the way he responded to a question he had deemed ‘stupid’.

However, the arguments on the other side were also very passionate as some people felt he had gone too far, didn’t show statesmanship and wondered what those he too ranted about in many of his press releases would now feel seeing that he was now thin skinned.

The debate raged on all political platforms that I belong to, including the Habib Bank Alumni Platform which is obviously very conservative. Chief Kayode was receiving a heavy beating there. The Angus Memorial Political group was calmer with Chief Kayode receiving some level of support but the Duke’s platform was much more fierce with the debates in a strong struggle with no side edging the other.

Chief Kayode is a member of The Duke’s Summit and I asked him if he could jump in and say a word. He refused stressing that he had said all he needed to say on the matter as at that point. So, I let him have his peace.

Now my thoughts. That clip went far beyond the ‘stupid’ the young man was called. It touched on so many things – comportment during press interactions, rights of a journalist while carrying out his or her legitimate duties, ethics in Journalism, relations between the media, its subjects and society and lastly public enlightenment.

What I saw there was simple and you may not agree with me. That was a Reporter who hadn’t done his homework and who in ‘saying something’ went at the credibility and reputation of his subject. Now, the argument is rife, that Chief should have been diplomatic, he should have risen above and better engaged the Reporter. Well correct, but who makes these rules? I dare ask. If you go for my jugular, impinge on my reputation without facts why should I react in a prescribed and controlled way.

The Chief certainly reserved the rights to react in any way he deemed fit to protect his integrity. That is his inalienable right in my mind’s eye. The other day, The Pope slapped off an erring person, although he later apologized but you could see that he was human. He showed anger. This was the Pope.

Chief Kayode, apart from being human, also proved in that clip that there are some lines you don’t cross especially when you do not have facts to prove your assertion. This was very clear because immediately the Chief ‘lost it’, the people there started apologizing and we saw at the tail end of the clip someone admonishing the Reporter and blaming him.

We have seen world leaders react in the same way and manner Chief reacted. President Obasanjo in so many instances has reacted in this same manner and the roof did not drop. President Trump is doing it almost daily and a host of so many other leaders who get their reputations and persons dragged under the guise of Journalists doing their jobs.

For me the most critical question that we seem to be forgetting, is the counter allegation that the Chief threw up. He called out not only the Reporter but his entire profession as Brown Envelope chasers. The NUJ letter and that of his employers that I have read have failed woefully to address this very critical allegation.

When Chief Akpabio said that contracts were awarded members of the House, Chief Gbajamialla gave him seven days to name the names or be dragged to court. I was waiting for that level of confidence from the NUJ or any other body representing the profession or even from the hapless Reporter. Sadly as a I write almost 24 hours after, nothing of the sort seem to be in the offing.

To me, this is the real question of the moment. An x-ray into how and why the Journalism profession is so derided. Why have they lost tremendous respect, why are its practitioners now ever so looked down. What can be done to better their lots so that they can carry about their jobs with the level of respect and confidence required.

That NUJ response was tepid and almost idiotic in the way and manner it responded to a direct challenge on the collective integrity of its profession but instead decided to dance around the personal ‘attack’ on an erring member instead of rising above and using the opportunity to redefine its purpose in national development.

So, the question, was that a stupid thing to do in reaction to the kind of questioning, I would say an emphatic NO and would add- I would have done worse.