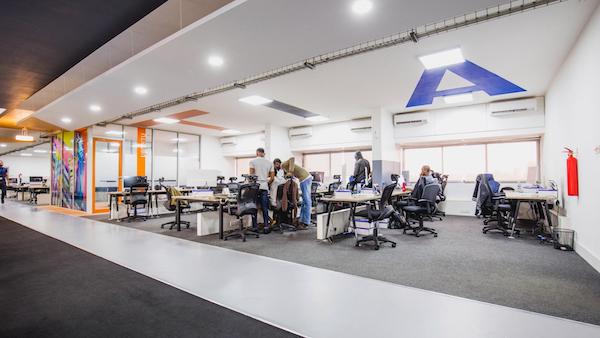 Predex, a new tech solution capable of arresting suspected child molesters, has emerged winner in the recently hosted hackathon4Justice that saw, on Saturday, February 8, the participation of about 80 university students across Nigeria.

The hackathon, which was hosted by software company Andela and Facebook in partnership with the United Nations Office on Drugs and Crime (UNODC) for Nigeria, was staged by the partners to aggregate ideas that can be nurtured and invested into.

The undergraduate-focusd hackathon was reportedly based on the 4th Act in Nigeria’s rule of law, exploring 5 categories to include violence, abuse and exploitation, injustice, crime, and corruption.

Commenting on the modalities of the hackathon, the organising committee stated that ideas pitched at the event centred on the building of peace, justice and strong institutions under the16th item of the sustainable development goals as established in 2015 by the United Nations.

According to the Predex team, which carried the day, its solution is a tech-way to curb child molestation through the deployment of deep learning mechanism. The Predex idea makes the flagging down of potential child molesters possible by scanning through conversations and identifying use of inappropriate words.

Co-founder and CEO of Kambria, the innovation platform for AI and Robotics, Dr. Thuc Vu, was right when he stated that a hackathon is a robust medium to identify talents and build teams.

According to him, “Hackathons are a great tool for sourcing for ideas and potential technologies to integrate into …business.”

Enumerating the merits of its hosting, Dr Thur Vu revealed that it helps save finance and cut down on stress. “Without a lot of up-front cost or effort, companies can employ hackathons to develop the well-defined, stand-alone technology solutions they need to remain competitive in the marketplace,” he added.

Analysts have equally observed that youngsters in tech who participate in hackathons find it quite easier to navigate through career path compared to their counterparts who dont.

With a well define career path, courtesy of hackathon exposure, Nigerian young tech players are fast finding their feet and establishing as software engineers building solutions from their local communities.

While a hackathon might appear to be for participants growth, it equally goes a long way to extend the corporate colours of a brand organising or partnering to see it fly. Hence, hackathons are considered as both Corporate Social Responsibility (CSR) and business as usual.

For instance, when in 2014 Microsoft organized a hackathon in Pakistan, it reached out to a new market since the hosting was one of the largest hackathons in terms of the number of participants. Hosting 419 teams in 3 days was the height of such marketing and awareness building campaign for the American tech company.

In this light, hackathons provide hosts the rare opportunity to find a solution to problems they are hunting for, or a channel to discover the right team to hire for a project at hand.

On the Andela-partnered Hackathon4Justice, Predex after finishing first, competing with 16 other team, has earned for its team a sponsored trip to participate in Crime Congress in Kyoto Japan come April 2020, as added reward.

Beyond the solution on the table, hackathons are rewarding participants with life changing experiences and opportunities, just as it does for businesses and communities.