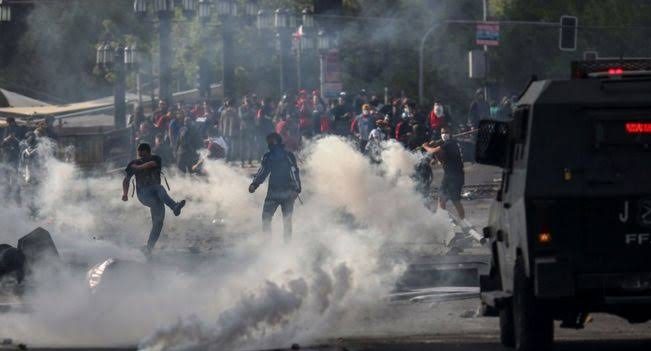 Violent clashes have continued in the city of Santiago, Chile, as three people reportedly died when a supermarket they were in was ransacked and set ablaze by demonstrators.

According to the Mayor of the Chilean capital, violent clashes between protesters and security forces have continued without cease for days.

“Two people burned to death and the third was taken to hospital in poor condition but later died,” Karla Rubilar told reporters.

Soldiers patrolled the streets in Chile’s capital on Saturday for the first time since the military dictatorship of General Augusto Pinochet ended in 1990, to keep order following violent protests over subway fares.

The Chilean government has now suspended the rise in fares in the aftermath of the protests.

“I have listened with humility to the voice of my compatriots,” said Pinera on Saturday evening, announcing the backdown.

He also appealed to people taking to the streets, saying “there are good reasons to do so” but calling on them “to demonstrate peacefully” and saying “nobody has the right to act with brutal criminal violence”.