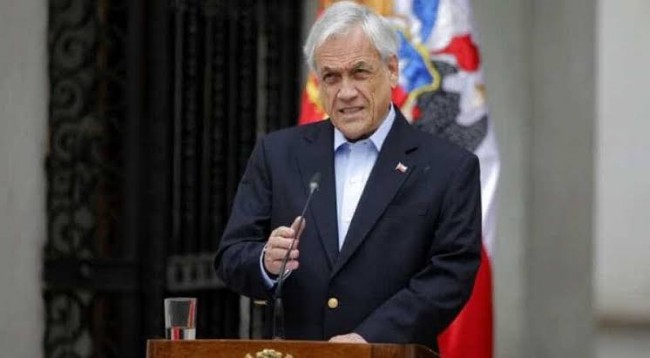 Chilean President, Sebastián Piñera, has been impeached by the country’s lower house.

The development has therefore set up a trial in the country’s Senate on whether to remove the President over allegations he favoured the sale of a family property while in office.

The vote to accept the charges got the minimum of 78 votes needed in the 155-member Chamber of Deputies and followed a marathon 20-hour session.

However, 67 lawmakers voted against the “constitutional accusation,” including several members of the opposition, while others abstained or were absent.

However, this came after the Pandora Papers revealed offshore financial dealings of prominent figures around the world, including Piñera, one of Chile’s wealthiest personalities.

The leaked documents revealed that one of Piñera’s sons used offshore companies in the British Virgin Islands for the sale of the Dominga mining project co-owned by his family.

The final payment on the mine’s sale in 2011 hinged on the government declining to declare its location in North-Central Chile a nature preserve.

The government did not do so despite appeals from environmentalists.

Why France is building diverse cooperation with Nigeria – Macron