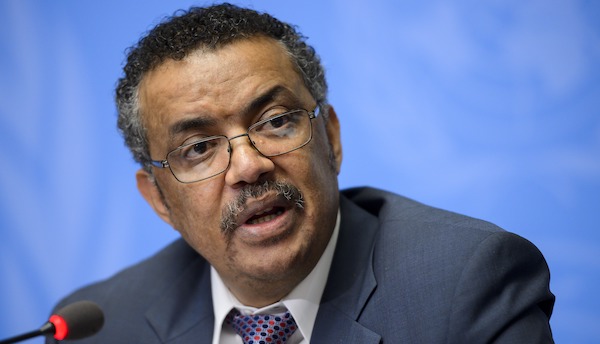 China’s health officials have informed in latest update that the death toll arising from the outbreak of the deadly coronavirus has increased to 1,600 from 1,500 on Sunday with many more reported to be infected.

Meanwhile, the World Health Organization (WHO) has praised the country’s efforts to contain the new disease, saying they have “bought the world time” and that other nations must make the most of it.

Tedros Adhanom Ghebreyesus, director-general of WHO, urged governments to step up their efforts to prepare for the virus, saying; “it’s impossible to predict which direction this epidemic will take.”

The agency is “concerned by the continued increase in the number of cases in China”, and by reports about the number of health workers who have been infected or died, Tedros said, criticising what he called a “lack of urgency in funding the response from the international community,” he said.

In a related development, France reported Europe’s first death from the infection, a Chinese tourist from Hubei province, where the disease, known as COVID-19, emerged in December.

French health minister, Agnes Buzyn informed on Saturday that an elderly Chinese tourist who was hospitalised in France has died from coronavirus, the first fatality confirmed in Europe and outside of Asia.

Buzyn said she was informed on Friday that the 80-year-old man – in hospital in northern Paris since January 25 – had died of a lung infection due to the coronavirus. His condition “had deteriorated rapidly” after several critical days, she said.

Reports also reveal that France has recorded 11 cases of the virus thus far.