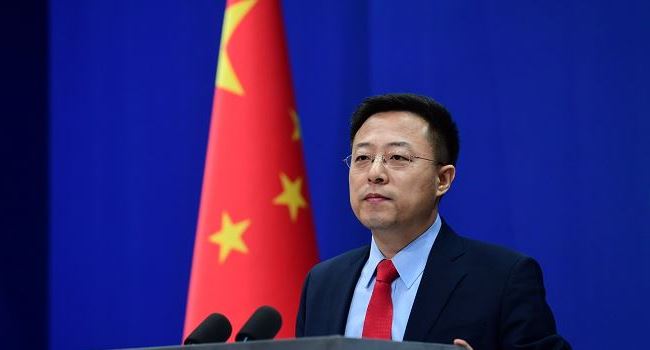 The government of China has denied discriminating against “African brothers” in the country after reports of alleged eviction from their homes and mistreatment over fears they could spread the novel coronavirus.

China in a statement issued on Monday also rejected U.S. accusations of mistreatment of Africans in Guangzhou saying it was as an attempt by President Donald Trump’s administration to harm Beijing’s relations with African nations.

Zhao Lijian, China’s foreign ministry spokesman made the comments during a daily briefing in response to accusations from the U.S. government that authorities in the southern Chinese city of Guangzhou are taking measures targeting Africans in the city.

Several African countries have separately also demanded that China address their concerns that Africans, in particular in the southern city of Guangzhou, are being mistreated and harassed.

In recent days Africans in Guangzhou have reported being evicted from their apartments by their landlords, being tested for coronavirus several times without being given results and being shunned and discriminated against in public.

Such complaints have been made in local media and on several social media platforms.