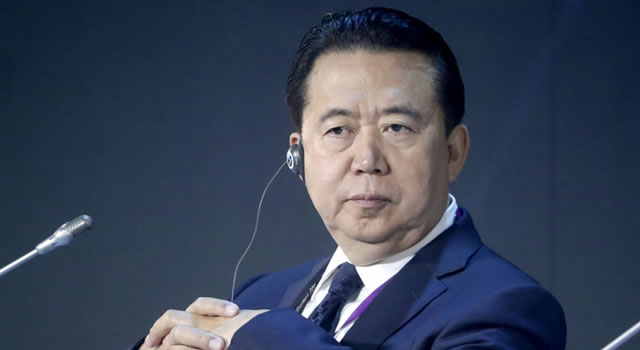 Chinese authorities have opened up on the whereabouts of the presence of the president, International Police, Interpol, saying Meng Hongwei is under probe for bribery.

This is coming after Interpol said on Sunday that Hongwei has resigned as it’s president.

China had said on Sunday that Meng, who is also a vice minister for public security in China, was under investigation.

On Monday the Ministry of Public Security. said specifically that the probe was focused on suspected bribery, adding that it would also investigate and punish people who took bribes along with Meng.

“The investigation against Meng Hongwei taking bribes and suspected violations of law is very timely, absolutely correct and rather wise.

“The investigation of Meng Hongwei fully shows there is no privilege and no exception in front of the law and anyone who violates the law must be severely punished.

“Officials should never be allowed to negotiate terms and ‘prices’ with the Communist Party,” the ministry said.

France’s Interior Ministry had said on Friday that Meng’s family had not heard from him since Sept. 25, and French authorities said his wife was under police protection after receiving threats.