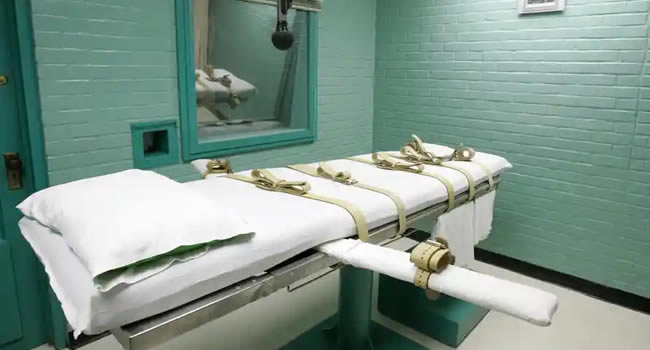 China and some countries in the Middle East are the world’s most prolific executioners, executing thousands of people each year, Amnesty International said on Wednesday.

In its annual review of global executions in 2020, the rights watchdog said though the rate of executions the world over has decreased, China and about18 countries has continued to indulge in the practice.

“While the year 2020 witnessed an overall decline in the number of global death penalties, some countries increased the number of executions they carried out,” the report said.

Amnesty said the “unprecedented challenge of the COVID-19 pandemic contributed to the decline in global executions between January and December 2020.

The group’s Secretary-General, Agnes Callamard, who spoke on the development, said: “As the world focused on finding ways to protect lives from COVID-19, several governments showed a disturbing determination to resort to the death penalty and execute people no matter what.

“The death penalty is an abhorrent punishment and pursuing executions in the middle of a pandemic further highlights its inherent cruelty.”

With Chinese authorities classifying the total number of death sentences and executions as state secrets, it is difficult to verify the exact number carried out.

The report added: “After China, four Middle Eastern countries – Iran, Egypt, Iraq and Saudi Arabia – accounted for 88 percent of all known executions in 2020.

“Iran came in as the second-highest global executioner with more than 246 executions carried out between January and December 2020.”

Among those executed was a journalist, Ruhollah Zam, who was sent to the death chamber on December 12.

He was once-exiled over his online work that helped inspire nationwide economic protests in 2017.

Egypt came third with 107 executions and these tripled the number of executions in the previous year.

Iraq was fourth with 45 executions last year. That total was still less than half the number of executions carried out by the Iraqi authorities in 2019.

“At least 27 executions were carried out in Saudi Arabia in 2020, making it the fifth top global executioner in 2020,” Amnesty stated.