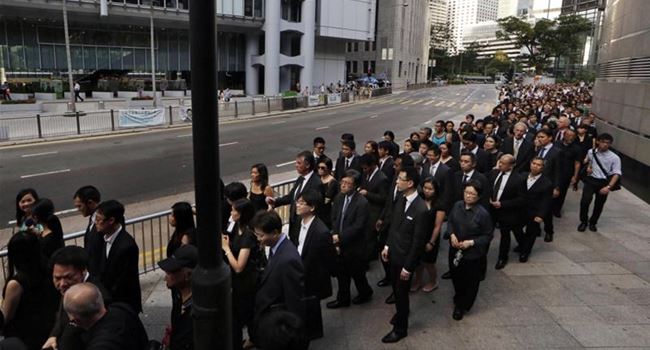 The Peoples Republic of China has issued a stern warning to persistent protesters in Hong Kong warning them that they must not “play with fire”.

In its strongest warning yet over the lingering demonstrations in the semi-autonomous city, China says its restraint must not be taken for weakness.

At a press briefing in Beijing on Tuesday, a spokesman for the Hong Kong and Macao Affairs Office of the State Council, said the months-long “radical protests” have severely affected Hong Kong’s “prosperity and stability, pushing it into a dangerous abyss”.

Yang Guang said the Chinese government still “firmly supports” both the Hong Kong police force – who protesters have criticised for their heavy-handed response – and Carrie Lam, the city’s pro-Beijing leader who protesters want to resign.

“We would like to make it clear to the very small group of unscrupulous and violent criminals and the dirty forces behind them: Those who play with fire will perish by it,” he said.

“As for their punishment, it’s only a matter of time.”

Yang added: “Don’t ever misjudge the situation and mistake our restraint for weakness … Don’t ever underestimate the firm resolve and immense strength of the central government.”

Reports say no less than eight railway lines, including the airport express, were shut fully or partly as several protesters were seen blocking entrances to the commuter trains.

Also, an estimated 200 flights were also cancelled on Monday, and only one of two runways in the city’s main airport is operating.