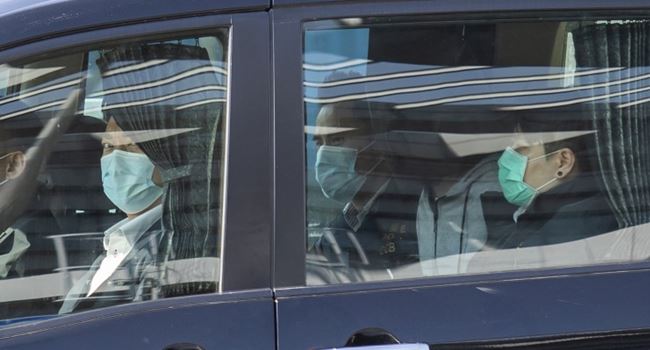 A court in China has sentenced 10 Hong Kong activists who had been detained after fleeing the territory by boat to between seven months and three years in prison for illegal border crossing on Wednesday.

The court in Shenzhen said that two others who organised the boat journey were sentenced to three years and two years, respectively, while the others received seven-month sentences.

The court added that all 10 were also fined, while the remaining two – aged just 16 and 17 – were repatriated to the custody of the Hong Kong police for being underaged.

In a statement, their families said the proceedings amounted to a “de facto secret trial” of the group who were detained by the Chinese coastguard.

“The basic rights of the 12 Hongkongers have already been deprived by the Chinese authority,” they said. “The unfair court proceedings are evidence of an obvious, draconian political persecution.”

The group’s case has attracted widespread interest with the European Union on Tuesday issuing a statement calling for the group’s release, echoing earlier calls from the United States.

“These sentences meted out after an unfair trial lay bare the dangers faced by anybody who finds themselves tried under the Chinese criminal system,’ Amnesty International’s Asia-Pacific Regional Director Yamini Mishra said in a statement, noting that foreign observers had been excluded from the proceedings.

The demonization of Matthew Kukah

CAN tells churches to comply with govt order on crossover service