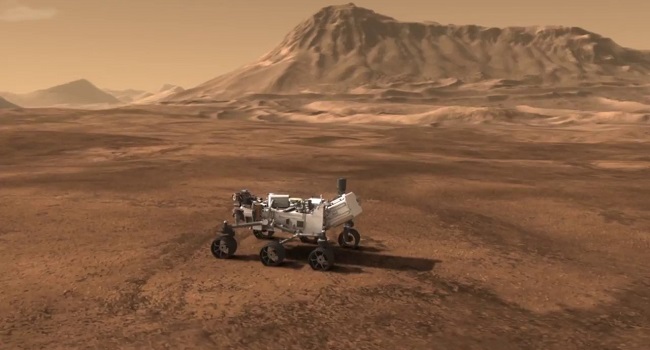 China has plans to launch four deep space missions by 2030, and one of those projects will include launching its own Mars lander.

The nation anticipates launching multiple Mars probes, the first scheduled for a 2020 launch with the goal of putting a lander on the Red Planet.
Assuming it is successful, the rover would join NASA’s still-operational Curiosity and InSight landers.

China revealed its mission plans amid the announcement of a ‘Mars simulation base’ located in the nation’s Qinghai Province.

The destination officially opened its doors last Friday, inviting in participants who can experience a simulated Mars environment, including ‘natural features’ similar to the ones found on Mars.

The base is open to the public and intended to help encourage the idea of space travel and exploration among the younger generations.

According to a state announcement, construction on this simulated base began last summer; the project had an approximately $22 million budget.

Related Topics:ChinaChina plans 2020 launch of its own Mars roverChina plans to launch Mars Rover by 2020Nigerian newspapersripples nigeria
Up Next