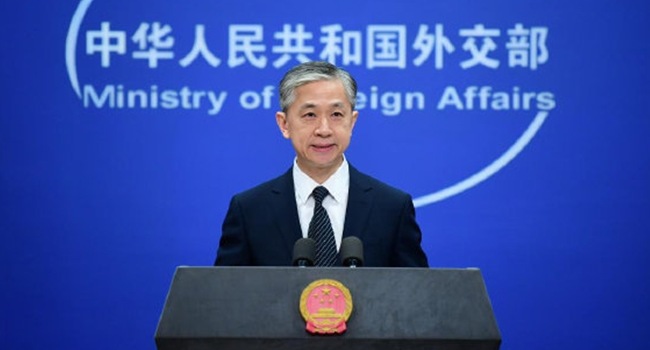 Concerned authorities in China have condemned an order by the United States of America to close its consulate located in the city of Houston; a move Beijing called “an unprecedented escalation” that will sabotage relations between the two countries.

Morgan Ortagus, spokeswoman for the US Department of State, in a statement on Wednesday said Washington directed the consulate’s closure “in order to protect American intellectual property and Americans’ private information”.

Ortagus however did not elaborate further on the decision by the US government led by President Donald Trump to order the closure of the Chinese consulate in the city of Houston.

In Beijing, a spokesman for China’s foreign ministry who described the move as ‘outrageous and unjustified’ said that the US gave the Chinese side a deadline of three days to close the mission in the Texas.

“The unilateral closure of China’s consulate general in Houston within a short period of time is an unprecedented escalation of its recent actions against China,” Wang Wenbin told a regular news briefing.

“We urge the US to immediately revoke this erroneous decision. Should it insist on going down this wrong path, China will react with firm countermeasures,” he said.

China “strongly condemns” the “outrageous and unjustified move, which will sabotage China-US relations,” he added.

This came days after China vowed to retaliate after President Trump ordered an end to preferential trade treatment for Hong Kong and signed legislation allowing sanctions over Beijing’s enactment of a security law in the semi-autonomous city.

China’s foreign ministry in a statement said it; “firmly opposes and strongly condemns” the Hong Kong Autonomy Act, which unanimously passed the US Congress earlier this month and approves sanctions on Chinese officials and banks over Beijing’s clampdown in Hong Kong.