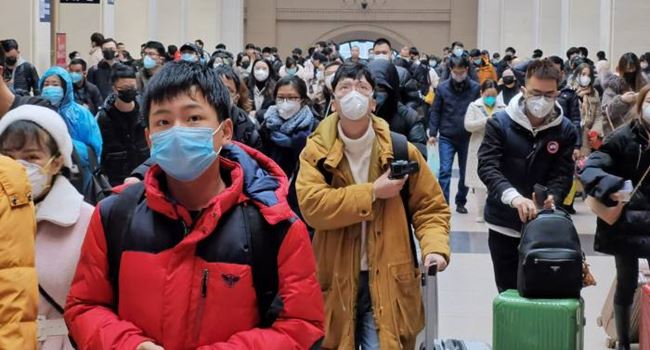 Health authorities in China have recorded the first COVID-19 death since May last year as the country continues to battle a resurgence of the virus which was first recorded in the city of Wuhan.

In a statement issued on Thursday, the Chinese National Health Commission said that it has no details about the latest death, except that it occurred in Hebei, a province surrounding the capital of Beijing.

According to Al Jazeera’s Katrina Yu, reporting from Beijing, the latest death and resurgence of cases had come as a “shock” to many, as normal life “seemed to have resumed” for the past few months.

READ ALSO: China finally approves entry of WHO experts on mission to probe origin of COVID-19

In a related development, an expert team from the World Health Organization (WHO) arrived in Wuhan yesterday at the start of a long-awaited investigation into the origins of the virus.

Leader of the 10-man team, Peter Ben Embarek, said that the group would start with a two-week quarantine at a hotel due to China’s border requirements.

“And then after the two weeks, we would be able to move around and meet our Chinese counterparts in person and go to the different sites that we will want to visit,” he said.

“The idea is to advance a number of studies that were already designed and decided upon some months ago to get us a better understanding of what happened,” Peter added.