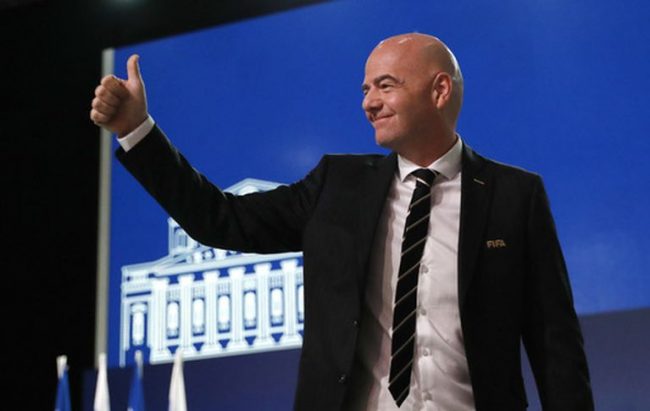 The 2021 edition of the FIFA Club World Cup will have more competing clubs than usual, and the tournament will be hosted in China.

The President of the world football governing body, Gianni Infantino has described it as “the first real and true [Club] World Cup.”

The competition, which currently features seven teams, will be expanded to 24 teams.

“The new [tournament] will be a competition anyone who loves football is looking forward to,” Infantino said.

“It is the first real and true World Cup where the best clubs will compete,” he added.

Qatar, who will host the next FIFA men’s World Cup, will stage the final two editions of the seven-team tournament.

The 2019 competition begins on December 11, with Champions League holders Liverpool entering at the semi-final stage a week later.