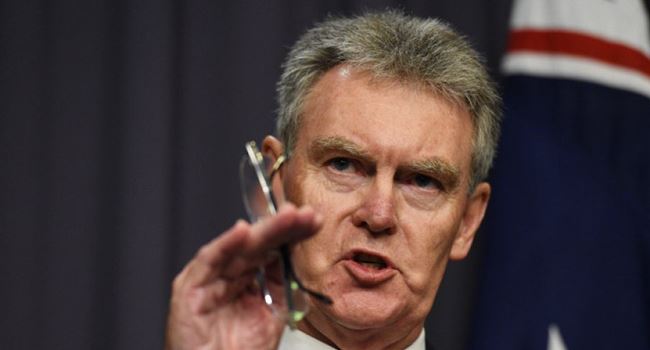 Former Australia spy Chief Duncan Lewis has warned that the Republic of China is trying to take over his country through an “insidious” and systematic campaign of espionage and influence-peddling.

The Canberra’s ex-spymaster who revealed this in an interview published on Friday said that China could target anyone in political office, with the effect potentially not known for years to come.

“Espionage and foreign interference is insidious. Its effects might not present for decades and by that time it’s too late,” Lewis was quoted as telling the Sydney Morning Herald newspaper in his first interview since leaving the office.

“You wake up one day and find decisions made in our country that are not in the interests of our country,” he said.

“Not only in politics but also in the community or in business; it takes over, basically, pulling the strings from offshore,” he added in the interview.

Duncan Lewis, who resigned in September after five years at the head of the Australian Security Intelligence Organisation (ASIO) also singled out incidents of Chinese agents making large contributions to political parties in Australia as part of a wide-ranging influence-peddling campaign that also gave to the media and the country’s universities.

“It’s quite clear to me that any person in political office is potentially a target. I’m not trying to create paranoia, but there does need to be a level of sensible awareness,” he said.

The former spy chief said the help of Australia’s large ethnic Chinese community was “vital in the work against foreign covert influence” much like Muslim-Australians who have aided in the fight against “terrorism”.