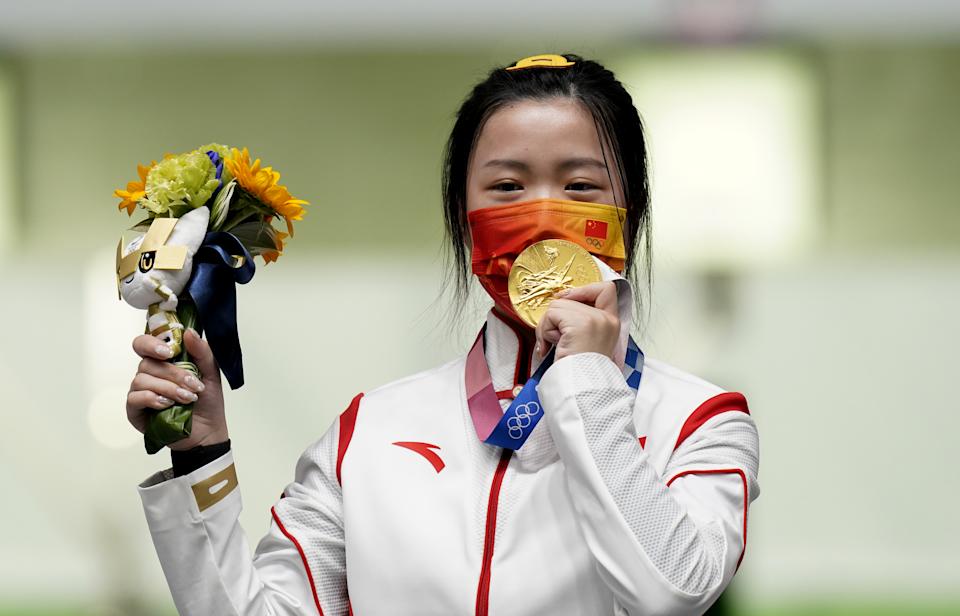 Yang jubilantly held up her medal during the ceremony, along with a small bouquet of flowers.

The Tokyo Olympics, delayed for a year due to the Covid restriction, was officially opened on Friday, 23 July and will run until Sunday, August 8.

A record 339 medals are expected to be awarded in 33 different sports.

Recall that the highest number of gold medals won by a single nation at the Olympics was 83 by the United States at the 1984 Los Angeles Summer Games, which were boycotted by 14 Eastern Bloc countries ruled by the Soviet Union.

Tokyo 2020: Uche Eke misses out on last-eight spot in gymnastics