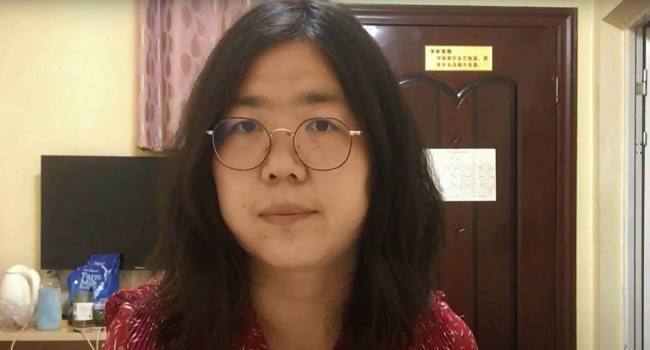 A court in China has sentenced a citizen journalist identified as Zhang Zhan, 37, to four years in prison for live streaming a report from Wuhan as the COVID-19 outbreak unfolded early this year.

Zhan, a former lawyer who was held since the month of May was sentenced to jail on Monday almost a year after details of an “unknown viral pneumonia” surfaced in the central China city.

She was accused of “picking quarrels and provoking trouble” for her reporting in the chaotic initial stages of the outbreak.

“We will probably appeal,” her lawyer, Quanniu, added after the court ruling.

Zhan, the first such person known to have been tried, was among a handful of people whose firsthand accounts from crowded hospitals and empty streets painted a gloomier picture of the pandemic epicentre than the official narrative.

ASO ROCK WATCH: When the presidency needs some dose of propaganda. Two other talking points