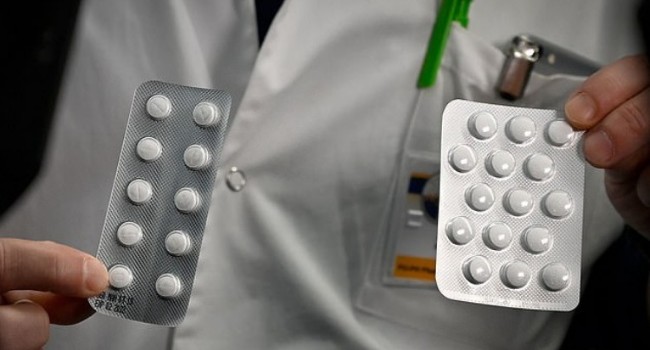 He stated this when contacted in response to an earlier report, by Ripples Nigeria that revealed that the price of the anti-malaria drug had shot up in the covid-19-free Ojo local government area of Lagos State.

The report revealed that pharmacies and drug stores in the Ojo area of Lagos, had hiked the price of the drug, due no doubt to increased demand.

The National Agency for Food and Drug Administration and Control (NAFDAC) had given approval only to May and Baker, a Pharmaceutical Company in Nigeria to produce chloroquine for clinical trial of the covid-19 pandemic.
Considering the surge in price of the Anti-Malaria drug, May and Baker was contacted to confirm if there had been a hike in the rates it sold chloroquine to Pharmacies.

When contacted, Blessing, a customer care service attendant in the company, explained that the organization had not hiked the price of the drug to pharmacies. According to her, “the price in the company remains the same”. She also emphasised that whatever price the pharmacies sell was not the business of the company.

When Irukera was contacted to confirm if the commission was aware of the hike in the price of chloroquine in pharmacies, he said “We have set up a Covid-19 Response platform where people can log this type of feedback, so we can pursue enforcement, as we are against many right now. We have also filed criminal charges against four major supermarkets/pharmacies over the hike in  price, and gathering details about others”

To confirm if the price of drugs where regulated by Pharmacist Associations and to also confirm the awareness of the association as regards the hike in prices, this reporter contacted chairman, Association of Pharmacist of Nigeria (Lagos Chapter), Pharm. Obideyi Olabanji, who said, the “Association of Community Pharmacists of Nigeria does not regulate price of drugs. Yes, we are very much aware. Following the pronouncements on the use of chloroquine in management of COVD-19, the demand became so high and that made the price to shoot up, especially with it being in short supply since NAFDAC outlawed its use in malaria treatment”.

He further explained that “In Nigeria of today, I am not aware that prices of commodities including medicines are regulated because  government does not subsidize them like we have in the petroleum sector. More importantly, I need to say that beside the physical cost of drugs and the margin, there are cost elements that a pharmacist needs to factor in, such as counseling/consultation cost for those practicing.

“This, more or less will amount to nothing in the case of a low cost drug like chloroquine. One certainly cannot rule out the influence of increased demand for chloroquine contributing to its arbitrary price increase. As an association we have always preached against price gouging for essential drugs needed by the populace especially during this COVID-19 pandemic”, he stated.