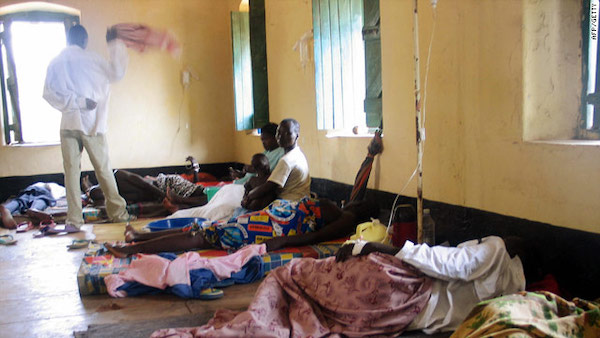 Twenty people have reportedly died due to cholera outbreak in Bauchi State in the past one month, according to the state Commissioner of Health, Dr. Aliyu Maigoro.

In a press briefing in Bauchi on Tuesday on the situation of the disease, Maigoro said the cholera outbreak was first detected following intensive surveillance by officials of the ministry through the State Primary Healthcare Development Agency, in Warji, Bauchi, Giade and Toro Local Government Areas of the state.

According to the Commissioner, the index case was a 37-year-old housewife who was admitted at the Burra General Hospital on April 24, in Ningi Local Government Area.

“Upon her admission, it was discovered there was an outbreak of a similar disease in neighbouring communities like Sumaila and other council areas of Kano State, which may have spread to Bauchi,” Maigoro said.

“The woman was said to have complained of abdominal pain, watery diarrhoea and vomiting which was successfully managed before she was later discharged alongside others,” he added.

He said further that nine local government areas in the state recorded a total of 322 cases within one month, adding that the case fatality rate is now 6.2 percent.

Related Topics:BauchiCholera outbreak
Up Next