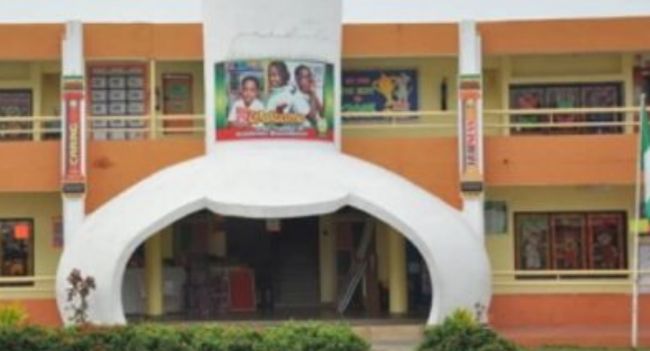 Chrisland School has confirmed the suspension of a 10-year-old female student who was allegedly r*ped, recorded and the assault video shared on Instagram.

The school said the student was suspended for participating in a truth or dare game in Dubai.

In the letter seen by Ripples Nigeria, the authorities described the young scholar’s conduct as “improper behavior” after playing the truth-or-dare game, describing her as a “major participant.”

Specifically, the 10-year-old girl, whose identity was withheld, was among the coterie of students who represented the Lagos State-based school at the World School Games in Dubai, the United Arab Emirates between March 10-13, 2022.

The school’s impeccable performance at the event drew public commendation and praise after it won about 34 medals.

However, in the newly released document signed by its head teacher, Georgia Azike, the female scholar allegedly instigated controversy in the school’s camp after ‘lights out’ instructions were given.

“In line with our core values centered on discipline, Chrisland Schools have zero tolerance for any improper behavior and misconduct,” the letter reads.

“Consequently, [name redacted) is hereby placed on indefinite suspension until you as the parents ensure that she is punished, adequately counseled, and rehabilitated,” the school said.

Read the full statement below.

Nigerian music executive, Ubi Franklin who claimed to be acquainted with the young girl’s family claimed the girl was raped, and that a pregnancy test had been conducted without the parents’ knowledge or consent.

He stated that the school initially maintained quietness about the case, only to release the suspension letter after the matter went public.