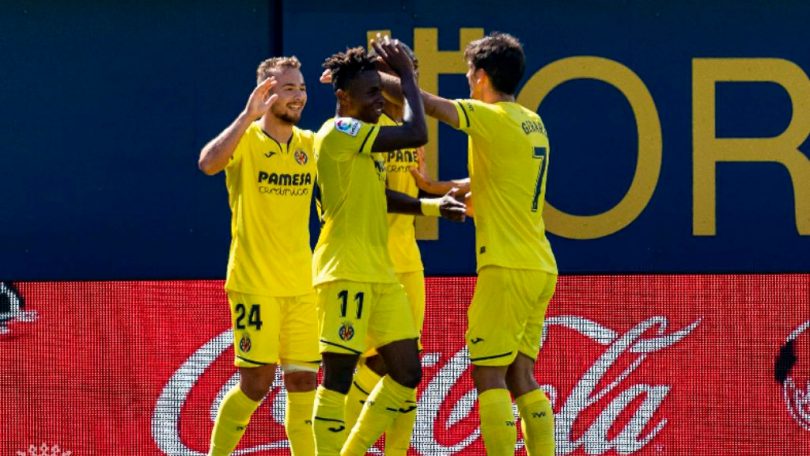 Super Eagles winger, Samuel Chukwueze was involved in a goal for Villarreal in their 2-0 victory over Real Valladolid in the La Liga on Saturday.

The 20-year-old, who came in as a 66th-minute substitute for Moi Gomez, bagged an assist as his club recorded their second win of the season.

After a goalless run, Villarreal got ahead in the 77th minute when Veteran Spanish midfielder, Santi Carzola scored from the spot.

Javi Ontiveros netted the second goal for the hosts a minute from time with Chukwueze providing the assist.

The Nigeria international has so far this season scored once and recorded an assist in four Laliga appearances for the Yellow Submarines.

Villarreal’s next league game is against Barcelona at the Nou Camp on Tuesday.