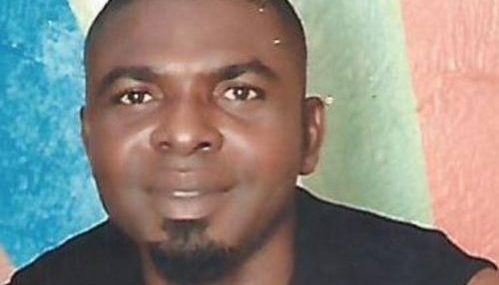 The immediate past executive Governor of Ekiti State, Peter Ayodele Fayose, handed himself over to the Economic and Financial Crimes Commission (EFCC) last week upon the expiration of his immunity and second mandate. As promised he reported to the EFCC headquarters in Abuja on the 16th of October after leaving Ado-Ekiti days prior. He had cooled his heels inside the EFCC detention facility in Abuja before being taken to Lagos where he was to have stood trial for “criminal breach of trust, stealing and money laundering.”

His successor and predecessor, former Minister Kayode Fayemi, was sworn into office last week Tuesday, the same day Fayose capitulated and made himself available to the anti-graft agency. Fayose never waited for the official handing over from the incumbent to the successor as protocol demanded before leaving town having ‘lost’ the guber electoral battle to have his deputy replace him. For Governor Fayemi it was a sweet revenge given what he went through four years ago when the PDP was in power at the federal level.

Fayose as a PDP Governor made name for himself for good and bad reasons. Good reasons because he demonstrated that he was fearless; that he could talk and play the role of the opposition politician no matter how nasty his style and strategy. For good reasons also because he ‘fed’ the people with his “stomach infrastructure” controversial scheme. He had famously played politics of antagonism towards the APC-led federal government in general and President Muhammadu Buhari in particular.

Bad reasons, on the other hand, because his second coming as Chief Executive was marred in controversy bordering on organized electoral heist never before seen in the annals of our democratic evolution as a nation. The then PDP President Goodluck Jonathan had connived with other PDP rigging agents to pull off a spectacular gubernatorial scam by using filthy lucre and state security agencies to defeat the then incumbent Kayode Fayemi!

Years after the electoral fraud was perpetrated revelations from those that participated in the electoral swindle had come out to spill the beans of what transpired. Today we know better how and why the PDP had organized the forceful take-over of Ekiti with ‘Dasuki-gate’ playing a major role.

Fayose was enmeshed in many fraudulent cases dating back to his first stint as Governor. Bad reasons because he was undiplomatic and uncouth in his official pronouncements. Perhaps because of his antecedent as a confessed former Danfo driver nothing less was expected when an ‘agbero’; a political reprobate was ‘voted’ into a position of state responsibility. Iron sharpens iron! And you do not give what you do not have!

Fayose is being tried in a Lagos Federal High Court alongside a firm, Spotless Limited, said to be owned by him and his family. Last Monday he stood trial before Justice Mojisola Olatoregun in an 11-count charges bordering on criminal breach of trust, stealing and money laundering and the case was adjourned till last Wednesday. And last Wednesday Fayose was granted bail pending the commencement of trial on the 19th of November this year.

The bail conditions are stringent indeed — just like those of the fugitive resurfaced IPOB Nnamdi Kanu. While the presiding Judge directed him to deposit his passport in the court’s custody pending the outcome of the case Justice Olatoregun equally ordered one of the sureties to sign N50m bond from a reputable bank while the other must own a landed property within Lagos.

Months before his tenure even elapsed Fayose had been placed on a watchlist by the EFCC and other security agencies with a view to thwarting any attempt at fooling them a second time. During the Obasanjo ‘Babacracy’ and Fayose’s first coming as Governor the garrulous man had organized an audacious escape upon the expiration of his mandate as a glorified fugitive! Obasanjo was not in good terms with Fayose so the Ota man had desperately wanted to deal ruthlessly with Fayose but the latter outwitted the former.

Well before the DSS and other sister agencies could waylay him by laying siege to the Government House in order to effect his arrest Fayose the smart guy had left the government abode overnight! Reportedly he left in the wee hours inside the boot of a rickety car he commandeered to his service! So now the Buhari government, wary of this scenario embarrassingly repeating itself, had placed Fayose on round-the-clock surveillance, air, land sea. The game was up and something must give.

The EFCC had unprofessionally invited Fayose over to their Abuja office even before his mandate and consequent immunity ran out but Fayose, citing immunity, justifiably declined to appear on a requested date promising to only do so on or before October 16. And on that day he appeared in the afternoon wearing a blue T-shirt that had “EFCC I Am Here” emblazoned boldly on it. He was accompanied there more like a movie star by a horde of friends and supporters (including Governor Nyesom Wike of Rivers State, former Minister Femi Fani-Kayode and his lawyer Mike Ozekhome).

On that day outside the Tunde Idiagbon House it was drama galore. Fayose and his PDP friends and supporters were all theatrics. Armed with copies of Yoruba and English Bibles, bedsheet and other useful household items loaded inside a student bag strapped on his back the fallen Ekiti state Governor cut the image of a Nollywood bad boy being hounded by security agencies for rape, homicide or drug abuse! Fayose as an entertainer knew how to draw attention to himself even in moments of tribulation.

Ex-Governor Ayo Fayose’s capitulation signalled the end of ‘Fayose-mania’ in Ado-Ekiti, a political comedy that lasted for four giddy years. However, he remains in the reckoning of many a populist politician whose ‘Adedibuism’ cannot be dismissed as Governor Fayemi sought to do in his inaugural address last week. Fayose, of course, came, saw and conquered many Ekiti sons and daughters with his pro-people stance — even though there was a hypocritical tinge attached to it. Indeed he had ‘endeared’ himself to many of his people (many morons) by his anti-establishment posturings.

Fayose had a Janus political face. At his convenience he presented whatever face that suited his fancy or political interests. One was a humaine face and the other a hidden mean one steeped in blood and graft! He smartly portrays himself as competent but he must have left behind a rot in the system only a detailed probe could unravel.

When Fayose was enjoying his guber immunity he must have over-reached himself by attacking the President (even when he was in a sick bed in far-away London!) Today he has been ‘demystified’ as an ordinary mortal by Buharism. His travail could be said to be self-inflicted. Immunity, gubernatorial or presidential, has a time limit. And when that time comes justice, in its patience and snail speed, would always take its natural cause.

Now that he has been granted bail by a court of competent jurisdiction it is hoped that justice would be done to his case and those of others (including those in the APC administration) and be seen to be done. Caging him in an EFCC gaol without presenting him before a Judge would have proven in the long run to be in his political advantage.

Citizen Fayose’s ordeal is a welcome development as we seek to usher in another competent administration at the centre, come next year, that would fight corruption squarely with little or no media razzmatazz. Let justice, therefore, be done!