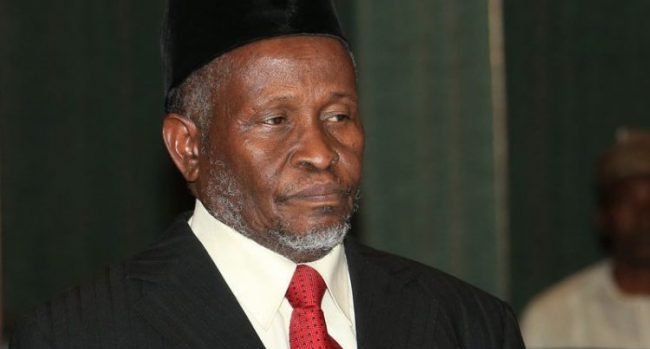 The Chief Justice of Nigeria, Justice Tanko Muhammad on Tuesday, appealed to members of the Judiciary Staff Union of Nigeria (JUSUN) to suspend their ongoing strike in the interest of the country.

The CJN, according to a statement issued by his Special Assistant on Media and Publicity, Ahuraka Isah, made the call when he met with some national and local officials of JUSUN at his chambers to explore ways to mitigate the impact of the strike.

Muhammad asked JUSUN to suspend the strike, saying the process of making the state governments to obey Order 10 and various court judgments on the autonomy of the judiciary is being implemented.

He said: “The unintended sufferers of this strike are better imagined. It has spiral effects, including on our children and on the Federal Judiciary, which is a lesser culprit.

“Ordinarily, I would say let me talk to the individual 36 state governors, which amounts to asking for their favours, but some of them would ask me to do them favours in return.

“This is why as a judge I am prohibited from asking for favours.”

The judicial workers strike had crippled activities in various courts across the country.

Related Topics:CJNjudicial workers
Up Next