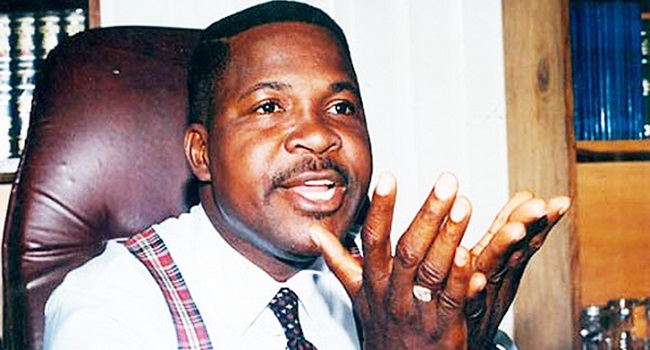 A Senior Advocate of Nigeria, Mike Ozekhome, on Monday condemned the clampdown on #EndSARS protesters by the Federal Government.

Ozekhome, who bared his mind on the development in a statement, said the arrest, prosecution and freezing of the bank accounts of #EndSARS promoters by the federal government defeats the purpose for the establishment of judicial panels of inquiry by the state governments.

He added that with the steps, the federal government had pronounced #EndSARS campaigners guilty even before the panels made their findings.

He implored the government to allow the panels to finish their work and present their findings for discussion at the national level.

The lawyer said: “If the government at the centre is taking this kind of decision, what happens to the various panels and commissions set up by state governments?

“What will be the consequence of the findings of those commissions of inquiries? Will the government not be unduly interfering with the activities of those panels by obviously working from the answer to the question?

“Will those panels not be readily duty-bound to agree with the position of the Federal Government in a country where all governors defer to the President like in a monarchy?

“These are some of the questions that state governments have to ask before taking further steps.

“If it has nothing to hide, the Federal Government should make haste slowly and allow the various states to do their work because we are operating a federal system of government.

“At the end of the various panel sittings, when the governors meet at their state council meetings, they can then present the finding and discuss the issue at the national level.

“But if the government begins to take proactive steps such as blocking the account of the protest sponsors, arresting the protesters and arraigning them, then the government has already pronounced them guilty even before the panels make their findings.”