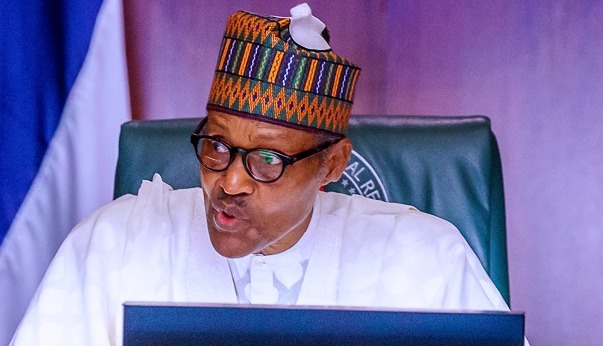 Leaders of socio-cultural groups from the southern and middle belt parts of the country have dragged President Muhammadu Buhari to court over alleged lopsidedness in his appointments.

It the suit marked, FHC/ABJ/CS/595/2020, at the Federal High Court in Abuja, the leaders of the groups are demanding the sum of N50 billion for what they called the marginalisation of the people of the regions in the appointments to security, quasi-security agencies and “strategic agencies” of government.

Joined as defendants are the Federal Republic of Nigeria, President Buhari, the Attorney-General of the Federation and Minister of Justice, Abubakar Malami (SAN), the Clerk of the National Assembly, Mohammed Sani-Omolori and the Federal Character Commission.

The plaintiffs, in the suit are praying the court to determine:

“Whether the power to appoint designated public officers including permanent secretaries, principal representatives of Nigeria abroad, which is vested in the 1st Defendant has been lawfully exercised by him since the inception of his administration from 2015 till date and Whether his actions are in breach of Sections 171(5), 814(3) (4) of the 1999 Constitution (as amended).

“Whether the power to appoint Nigeria’s Armed Services Chiefs, other Commanders or top officials of the respective Armed Forces Higher and High Commands’ General Staff ; namely the Chief of Defense Staff (CDS), Chief of Army Staff (COAS), Chief of Naval Staff (CNS) and Chief of Airforce Staff (CA8); the other statutorily established Nigerian National Security agencies or services , namely: The Inspector General of the Nigerian Police (1GP), the Directors General (DGs) of the State Security Service (SSS), National Intelligence Agency (NIA) and the Defense Intelligence Agency (DIA); the Heads of National Security Associated Federal Government (FG) establishments, namely the Nigerian Civil Defense and Security Corps (NCDSC), Economic and Financial Crimes Commission (EFCC), the Nigerian Customs and Excise Service, the Nigerian Immigration Services (NIS), the Nigerian Correctional Services (NCS), the National Emergency Management Authority (NEMA), the National Youth Service corps (NYSC), the National Security Adviser (NSA), the Ministers of Defense, Interior, Police and the respective National Security ministries’ Permanent Secretaries’ which is vested in the 1st Defendant, has been lawfully exercised by the 1st Defendant since the inception of his administration and whether these appointments are in compliance with 81(2), 814(3)(4), 8217(3) of the 1999 Constitution (as amended).

They urged the court to award N50billion against the Defendants to represent punitive, aggravated and exemplary damages to the constituents of the Plaintiffs for the illegal, wrongful discriminatory and unconstitutional acts committed by the 1st Defendant against the people of the Plaintiffs’ states and geopolitical zones.

Meanwhile, Justice Okon Abang has fixed July 10 to hear the case, even as he directed Chief Ozekhome, SAN, who represented the plaintiffs on Monday to serve the court processes on all the Defendants.