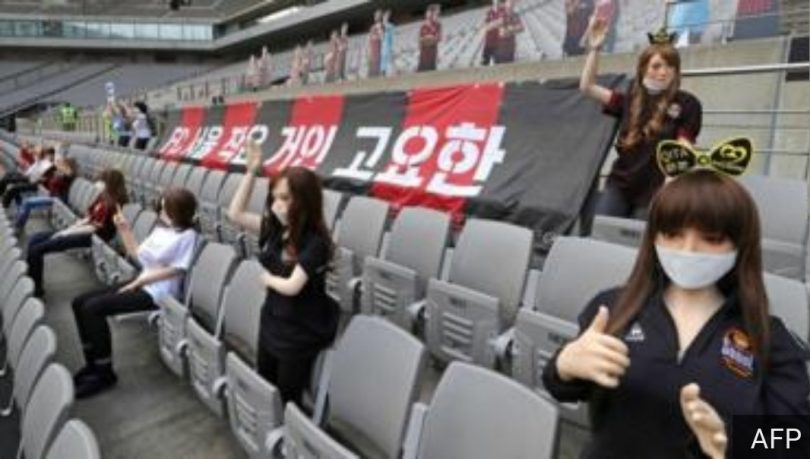 A South Korean top-flight football club, FC Seoul has apologised after fans accused them of using sex dolls in the stands.

Following the resumption of football activities in the Asian country after the coronavirus pandemic-induced break, games are played behind closed doors.

To improve the atmosphere during games, clubs are introducing technologies and mannequins to make the stadiums not look empty.

FC Seoul played their first home match of the K League season on Sunday, with mannequins in the stands.

In total, there were 30 mannequins – 28 of them female, and two of them male.

After fans watching online noticed that some of the mannequins looked more like sex dolls, the club insisted they were “premium mannequins” – but did admit they came from a supplier that produces sex toys.

And some of the dolls were holding signs advertising x-rated websites – despite pornography being banned in South Korea.

The mannequins’ manufacturer told the BBC they had apologised to FC Seoul. But they also reiterated that the dolls were merely “premium mannequins”.

The 2020 K League season was supposed to begin in February but was delayed because of the virus outbreak, but finally began on 8 May.