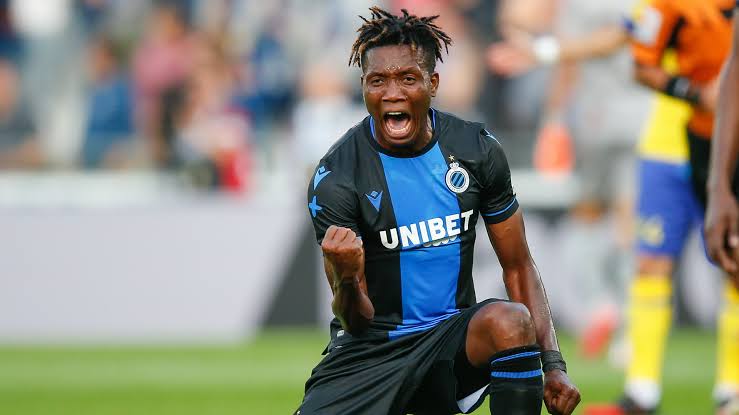 ”David Okereke tests positive for Covid-19,” the club announced in a tweet on Tuesday.

“The attacker was immediately quarantined and will be retested next week.”

The 23-year-old was on target in Brugge’s 4-1 home win against Waasland-Beveren last weekend.

He has scored once in four league appearances for Philip Clement’s team this season.

Okereke, who is in his second season in Belgium, joined Club Brugge last summer from Italian Serie B club Spezia.