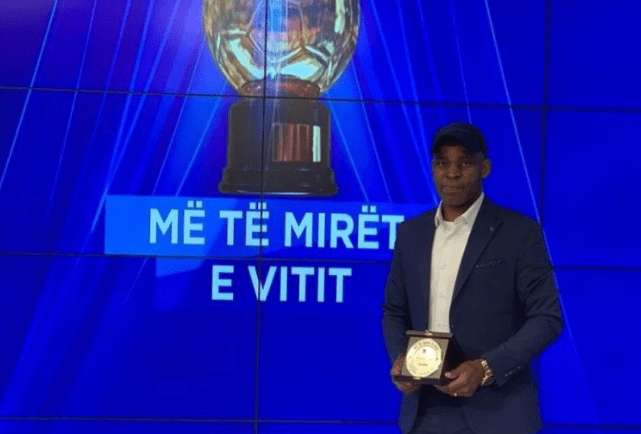 The 47-year-old, who led the topflight club to the title, was named coach of the year and sports personality of the year in the European country.

Egbo guided SK Tirana to win their 25th Albanian League title and became the first Nigerian and African coach to achieve the feat.

He also made history as the first African to manage a team in the UEFA Champions League and Europa League as Tirana represented the Albania at the continental elite competition.

Egbo was however shown the exit door by the club following series of defeats in the new season, which led to their ouster from the continent and also an elimination from the Albanian Cup.

The former Nigeria goalkeeper earned a handful of caps during his playing days for the Super Eagles, and was part of Nigeria’s squad to consecutive Africa Cup of Nations (AFCON) tournaments in 2000 and 2002.

He also played for Tirana during his playing days between 2001 and 2004, winning the Albanian Cup, Super Cup and Superliga before making a return as coach in 2014.