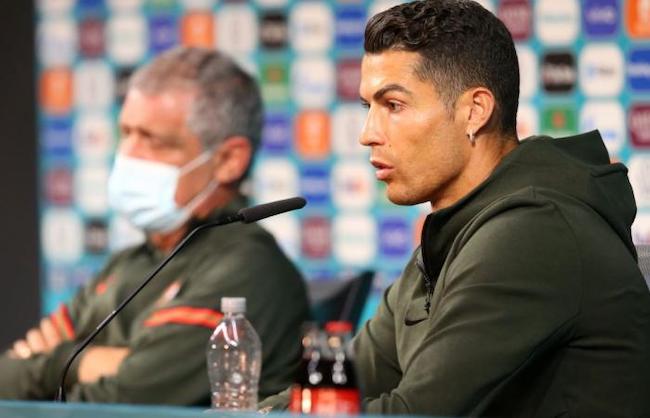 Ronaldo moved bottles of Coca-Cola from his front as he sat to take questions from journalists before Tuesday’s match against Hungry in Budapest.

Following the footballer’s gesture towards the carbonated drink, Coca-Cola’s share value dropped by 1.6 percent to $55.2 per shares by the end of the press conference.

The company’s share price was $56.1 before the press briefing.

This wiped off $4 billion from the beverage manufacturer on the New York Stock Exchange.

Ronaldo, who has always spoken against carbonated drinks, said he doesn’t like when his son drinks them.

“I’m tough on my son. Sometimes he drinks Coke and Fanta and eats chips and he knows I don’t like it,” the five-time Ballon d’Or winner once said.