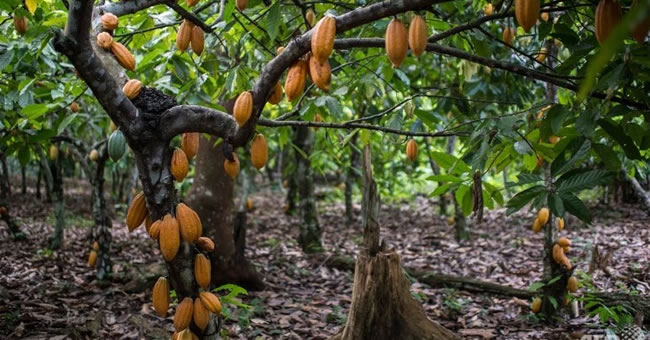 Cocoa farmers in Ofosu, Idanre Local Government area of Ondo State, on Monday protested against alleged sale of their farmland to a Chinese company by the state government.

The News Agency of Nigeria reported that the protesters blocked the Lagos/Benin Expressway, carrying placards with different demands.

Inscriptions on some of the cards read: “Respect Our Right to Livelihood’’, “Don’t Give Our Land to Mindless Capitalists’’ and “We Want to Remain Farmers and not Armed Robbers’’.

A community leader, Chief Kazeem Akinrimisi, the Sasere of Ofosu, told newsmen that the government proceeded to sell the land, even though the farmers were paying dues, and intend to complete the payment of the land.

Akinrimisi who claimed to have been farming on the land for more than 20 years, noted that more than 25,000 farmers registered by the state government had been paying their dues to the government.

He argued that said he paid N6 million as dues for farming on the land to the state government in 2021 and pleaded that government should allow the farmers to acquire the land instead of imposing foreigners on the indigenes.

An octogenarian, Elder Ezekiel Olatunji, in his reaction enjoined government to consider the lands as the farmers’ means of livelihood.

Olatunji said that he had been farming on the land for more than 20 years and that he paid N1.2 million as his due to the state government in 2021.

He stated that he was surprised that government decided to sell the land to foreigners, saying that cocoa is a major foreign exchange earner for Nigeria.

The octogenarian asked Gov. Oluwarotimi Akeredolu to allow the farmers to continue with the payment of dues, pleading that they could even pay more if desired by the government.

Meanwhile, the Olu of Ofosu, Oba Henry Olumakaye, appealed to the farmers to be calm and avoid violence.

The traditional ruler assured the farmers that the palace would hold a meeting with the state government on Tuesday, in order to find a solution.

Related Topics:Cocoa farmers
Up Next