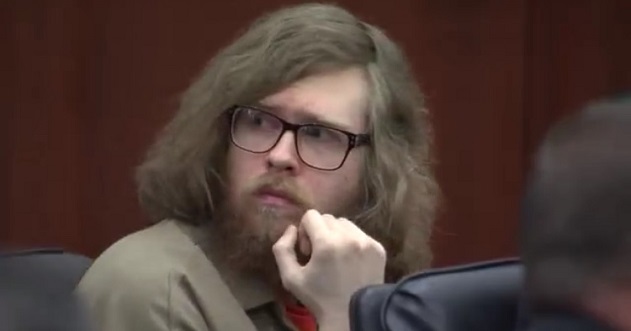 A North Carolina man has pleaded guilty to stabbing his wife to death 123 times, claiming a large dose of drugs he took caused it.

Matthew Phelps, 29, who pleaded guilty for the murder on Friday, was arrested at his Raleigh home on Sept. 1, 2017, after he called the police to report that his wife, 29-year-old Lauren Phelps, had been murdered and that he may have killed her.

“I have blood all over me and there’s a bloody knife on the bed, and I think I did it,” Phelps had told a 911 dispatcher at the time.

According to Phelps, he took Coricidin Cough & Cold medicine because he was having trouble sleeping, adding that he could not remember what happened that night.

Lauren Phelps’ body was discovered inside their home while autopsy report revealed she had been stabbed 123 times in her face, neck, torso, arms and jugular vein.

Also, court documents revealed there had been marital problems between the couple.

Friends reportedly told investigators that the couple often argued over Phelps’ spending habits and that Lauren had planned to end the marriage.

According to prosecutors, Phelps had tried cleaning up his wife’s blood before making the 911 call, adding that the attempt discredits his theory that he was mentally incapacitated because of the cold medicine.

The prescutors also argued that a blood test revealed that the levels of cough medicine chemicals in Phelp’s blood on the night of the murder was not high enough to cause hallucinations.

The suspect had pleaded not guilty originally but had to change it on Friday to avoid a possible death sentence, his attorney, Elliot Abrams told the News and Observers.

He will serve a life sentence without the possibility of parole.