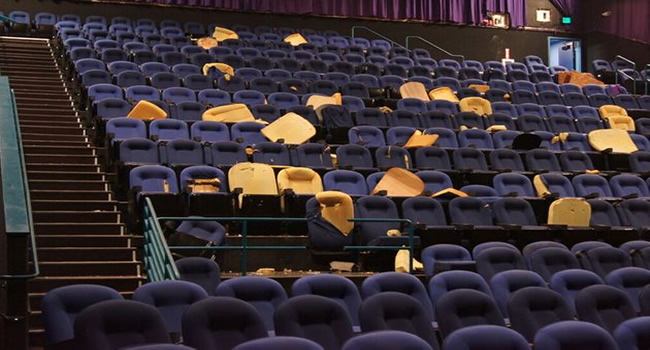 A Colorado man who fatally shot and killed six people at a birthday party before killing himself, was upset that he was not invited to the party thrown by his girlfriend’s family, the Colorado Springs Police said in a statement on Wednesday.

The Springs Police spokesman, Lt. Joe Frabbiele said at a news conference that the shooting was an act of domestic violence after the shooter, 28-year-old Teodoro Macias, who had been in a relationship with one of the victims, 28-year-old Sandra Ibarra, for about a year, gate crashed the party on Sunday and shot at the victims in quick succession, before turning the gun on himself.

The shooting occurred at a home in the Canterbury Mobile Home Park on the east side of Colorado’s second-largest city.

Frabbiele added that Macias had a history of controlling and jealous behavior but there were no reported incidents of domestic violence during the relationship and that he didn’t have a criminal history.

“At the core of this horrific act is domestic violence. The gunman had previously displayed power and control issues in the relationship.

“About a week before the shooting, there was another family gathering where there was some sort of conflict between the family and Macias, but there was no report filed.

“The gunman had two 15-round magazines, one of which was empty, and police recovered 17 spent shells at the scene.”

The other victims of the shooting were Ibarra’s extended family who were identified as Melvin Perez, 30; Mayra Ibarra de Perez, 33; Joana Cruz, 52; Jose Gutierrez, 21; and Jose Ibarra, 26.