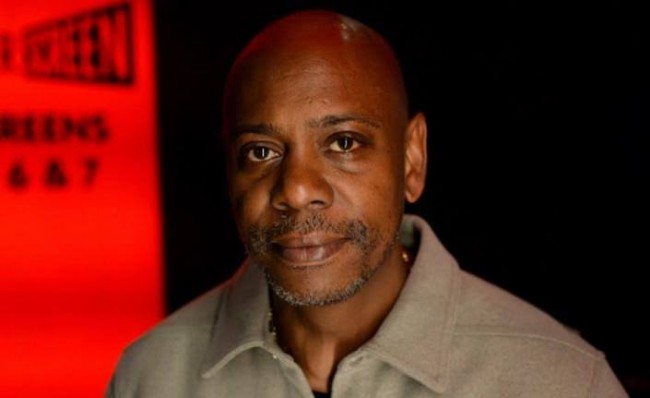 American comedian, Dave Chappelle has rejected the opportunity to having his name attached to a new performing arts theater at his alma mater, following students’ backlash to his controversial Netflix comedy special, “The Closer”.

According to reports gathered, the popular comedian made his stance known at the theater dedication ceremony on Monday, June 20 at the Duke Ellington School of the Arts, in Washington D.C.

The event had been delayed since November after students at the school criticized the comedian for The Closer, which featured a number of jokes seen as transphobic and homophobic.

At the dedication ceremony on Monday, June 20, Chappelle spoke about the rift between him and the student body, making it clear he was “hurt” by the backlash.

Chappelle said, “No matter what they say about The Closer, it is still [one of the] most-watched specials on Netflix,” adding that it was a “masterpiece.”

Chappelle described himself as “maybe a once in a lifetime talent.” Speaking to the student backlash, Chappelle said “these kids didn’t understand that they were instruments of artistic oppression.”

Read also:Comedian Helen Paul says ‘there is no love in marriage’

He added, “The more you say I can’t say something, the more urgent it is for me to say it.”

Instead of featuring his name, Chappelle said the venue will be called the Theater for Artistic Freedom and Expression.

After the initial Duke Ellington backlash in November, Chappelle returned to the school to discuss the controversy around his special with nearly 600 students. Politico reported at the time that the comedian was met by hostile students, and was accused of endangering trans lives and told that he was handling the storm of criticism like a “child.”

Chappelle is Duke Ellington’s most famous former student and has raised hundreds of thousands of dollars for the school.

He has also brought various actors and comedians to the campus, including Bradley Cooper and Chris Tucker.

Related Topics:ComedianDave Chapelle
Up Next