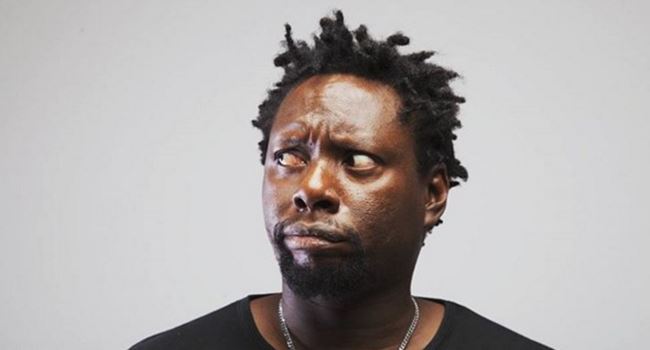 Talented comedian Klint da Drunk is about now thanking his stars after he survived a near-fatal auto crash which occurred while he was travelling along Bauchi-Jos express road.

The humour merchant revealed in a post while showing the car wreck, that the auto crash happened when a truck unexpectedly got in front of the blue Golf 2 car he boarded with other passengers.

According to the comic act, the road on which they were driving was slippery and the driver of the Golf 2 had been careful in steering the wheel when an errant truck driver got in their way unexpectedly.

In a lengthy narration of the incident on his Instagram page, Klint da Drunk was however thankful to God that there were no casualties recorded in the terrible car crash.

He posted; ”Please, help me in praising God Almighty for delivering us from the Jaws of death. Along Bauchi-Jos express road, we were involved in a terrible car crash. We boarded a Golf 2 on charter as it was the only means to move.

“The driver was careful enough so I had no issues with him but then, out of the blues, a truck jumped right in front of us. The road was wet as it had been drizzling.

“The driver tried all he could to stop the car but the slippery road just made it look like he did nothing all I was shouting was “JESUS! JESUS!! JESUS!!!” and with a speed aof about 100km/H or there about, we rammed right into the back of this truck.

“God being so merciful and wonderful, we got off with very minor injuries. How the tail of the truck was stopped from causing major damage on us is just God’s doing…

“May your name be glorified forever in Jesus Mighty Name!!! Amen!!! #mylordliveth #klintdadrunk#thankyoulord,” the comedian added.