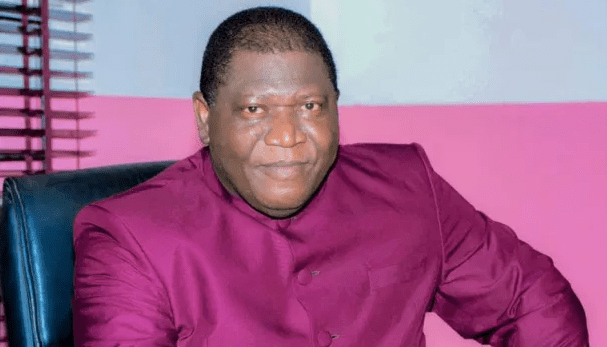 The Committee of Vice-Chancellors of Nigerian Universities on Friday faulted the sack of the University of Lagos Vice-Chancellor, Prof. Olawatoyin Ogundipe, by the institution’s governing council.

The Secretary-General of CVCUN, Prof. Yakubu Aboki Ochefu, while reacting to the development, told journalists in Abuja that the UNILAG governing council did not follow due process before taking the “abrupt decision” to remove the vice-chancellor.

He described Prof. Ogundipe’s removal as “a funny situation.”

Ochefu urged the UNILAG governing council to avail the embattled vice-chancellor the opportunity to defend himself.

According to him, the law establishing universities gives the governing council the power to hire and fire a vice-chancellor but not in an arbitrary process.

The UNILAG governing council had on Wednesday announced the removal of Ogundipe over alleged gross misconduct, financial recklessness, and abuse of office.

On the appointment of an acting vice-chancellor for UNULAG, Ochefu said the decision would pose another problem to the university.

He said: “The council has gone ahead to announce a new VC; the extant laws state that one of his deputies should be appointed to act, UNILAG has three Deputy Vice Chancellors, none of them was appointed as the acting VC and somebody else entirely was appointed.

“This is going to pose another problem because the Senate will not allow such a person to chair their meeting because they don’t know him within the context of laws establishing universities.”

“It is a funny situation. The VC is saying, ‘yes you have the power to remove me, but you have to do it properly; as far as I am concern as you have not remove me.’ But the governing council is saying, ‘we have removed you.”