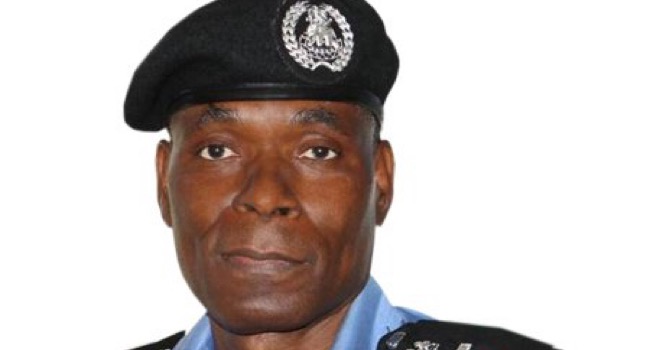 The Ibeku community in Afaraukwu, Umuahia, Abia State on Tuesday staged a peaceful protest over the death of one of their member, 23-year-old Chukwudike Onuoha who was allegedly killed by a police sergeant, Collins Apugo.

The killing was said to have happened around 10pm on Monday shortly after the Nigeria versus Senegal Under-20 World Cup match.

Speaking with news men about the incident, the leader of the protesters and chairman of the youth in the community, Alozie Irokansi said the victim was driving with his friends when they met another vehicle belonging to the sergeant with its headlight fully on.

The police officer was said to have shot Chukwudika in the arm after he (sergeant) was asked to turn off his headlights in order to enable their car drive across a culvert.

Alozie added that Chukwudike fell to the ground while running for help before the police officer allegedly came over and shot him dead in the chest and fled.

Also speaking, the Chairman of the community, Chukwudi Eleziwe, who condemned the murder of Onuoha, called on the government and the police authority to intervene in the matter.

The state Police Public Relations Officer, Geoffrey Ogbonna who confirmed the incident, stated that the Commissioner of Police, Eneh Okon, had already stepped into the matter and had set up a panel to ensure that justice was served.