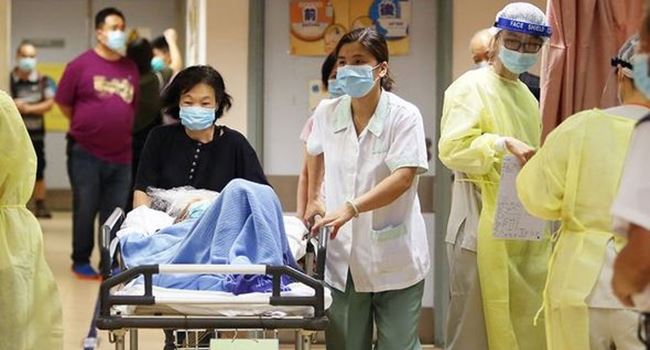 Health authorities in China have reported 17 new cases of a mysterious SARS-like virus on Sunday, including three patients in severe conditions.

Reports say the new development has heightened concerns of more infections as hundreds of millions of people prepare to travel home for the Lunar New Year holiday in China.

According to the Wuhan Municipal Health Commission, the new coronavirus strain has caused alarm because of its connection to Severe Acute Respiratory Syndrome, or SARS, which started in southern China in late 2002 and spread to more than two dozen countries killing nearly 800 people.

Of the 17 new cases in the central city of Wuhan – believed to be the epicentre of the outbreak – three were described as “severe” with two of those patients too critical to be moved, authorities said.

Those infected are aged from 30 to 79 years old.

According to scientists with the MRC Centre for Global Infectious Disease Analysis at Imperial College London, the number of those affected in the city was likely to be considerably more than a thousand.

The scientists at the centre – which advises bodies including the World Health Organization (WHO) – said 1,723 people in Wuhan would have been infected as of January 12.