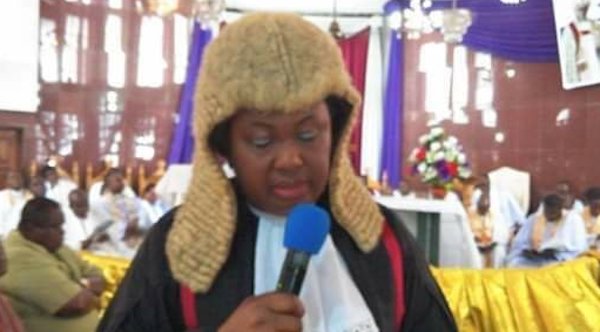 After spending two weeks in captivity, a kidnapped judge of the Court of Appeal, Justice Chioma Nwosu-Iheme has regained her freedom.

Some gunmen had on October 30 killed her police orderly before whisking her to an unknown destination.

The judge was reportedly trailed and intercepted in her vehicle along the Benin-Agbor road near Christ Chosen Church after NNPC Brain deport.

She was however set free on Thursday by her abductors.

Edo state Commissioner of Police, Danmallam Mohammed, confirmed the release of the court of appeal judge, adding that she has also been reunited with her family.