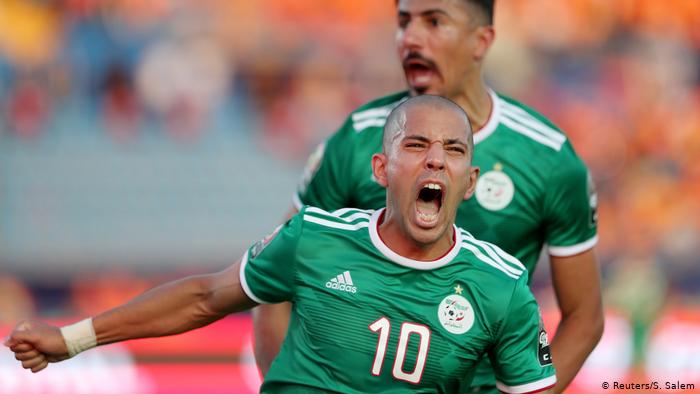 The Super Eagles will battle Algeria in the semifinal of the ongoing Africa Cup of Nations (AFCON) on Sunday.

This was confirmed on Thursday evening after Algeria defeated Cote d’ivoire on penalties in their quarter-final clash at New Suez Stadium.

The North Africans won the shootouts 4-3 after the normal time ended 1-1, following an opener from Sofiane Feghouli’s side-foot finish on 20 minutes for Algeria and an equaliser from Jonathan Kodjia’s low finish on 62 minutes.

Algeria needed extra-time and penalties to book their place in the semifinal after a thrilling encounter against the Elephants.

Ivorian skipper Serey Dié missed the decisive spot-kick to send the Desert Foxes into the semifinals.

Algeria are yet to lose a game in the competition, as they won all their group matches – against Kenya, Senegal and Tanzania – and also saw off Guinea 3-0 in the last eight.

The Super Eagles defeated South Africa to seal their place in the quarter-finals on Wednesday night with a 2-1 victory in Cairo.

They now face Algeria in the last four on Sunday, for a place in the final of the Egypt tournament.