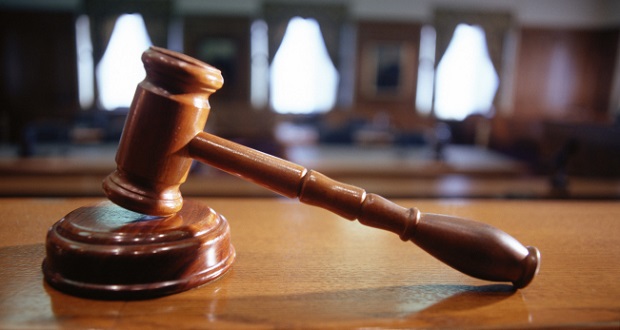 The Bauchi State Chapter of Christian Association of Nigeria (CAN), on Thursday, demanded the creation of Ecclesiastical court for Christians in the State like the Sharia court for Muslims.

Their demand was contained in a memorandum submitted to the House of Representatives Committee on the review of the 1999 Constitution in Bauchi.

They asserted that the court will ensure that dispute among Clerics and even Christians are resolved amicably.

They observed with grievances that despite the clear provision of the Constitution, particularly section 10, to the effect that the Federation and State Governments shall not adopt any religion as a State religion, the law has been swept under the carpet.

CAN’s legal representative, Barr Bichi Obadiah, stated that: “The recognition of one religion and its legal system over the other has contravened the clear provision of constitutional recommendation.

“For example, in Bauchi State, provisions has been made for the implementation of Sharia Law since 2000/2001. In fact, Sharia Commission has been created and Area courts have been abolished and replaced with Sharia courts.

“The provision of Sharia courts and Sharia Commission without a corresponding Ecclesiastical courts and Commission to attend to the yearning of Christian citizens has served as a great marginalization, discrimination and/or source of conflict in terms of accessibility to employment because all the employees of the said Sharia Commission and Courts are all Muslims.”

The Bauchi CAN also recommended that the amendment should also declare null and void any law either Federal or State which intends to or has adopted a particular religion and its legal system or facilitate or create any religious educational body without a correspondence to carter for the interest of Christian religion.

“In the alternative, the creation of Ecclesiastical Court or Tribunal along with its Commission and other Christian educational bodies to meet the interest of all Christian will enhance equality and inclusiveness in the Constitution.

“The Christian Association of Nigeria has observed that it is pertinent to implement the above stated recommendations due to the reasons that Christianity is one of the major religions in Nigeria and has its members across the federation.

“Therefore, allowing the recognition of Islamic religion and its legal system in the Constitution and its subsequent adoption by States is a clear discrimination against Christians and a gross violation of Section 10 of the Constitution.

“The continuous recognition and adoption of the Islamic religion and its legal system by both Federal and States government without a correspondent Ecclesiastical Courts, Commission and Christian Educational Bodies is an injustice and a violation of the Constitutional rights of Christians access to employment opportunities,” CAN said.

Speaking further, CAN noted that: “The Ecclesiastical court will ensure that dispute among Clerics and even Christians pertaining to spiritual matters that involve sacraments, successors to personal properties, Christian Marriage, discipline, administration of church, ecclesiastical corporate bodies, tithes, benefits , question touching on oaths and vows are determine in accordance with the Biblical and Christian injunctions.

“The foregoing position has been set out by CAN in order to persuade this Honourable Committee to adopt our position as submitted above. Doing this will be in the overall national interest and peaceful co-existence among Nigerian Citizens and particularly given sense of belonging to the Christians faithful.”

Why I respect PDP – Gov Ayade