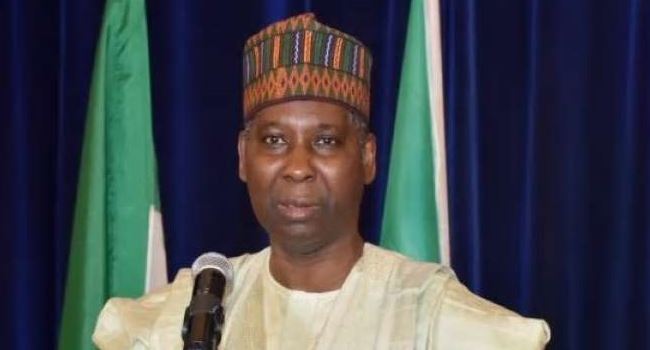 Against the backdrop of the spread of the deadly coronavirus, also known as COVID-19, the President of the United Nations General Assembly, Ambassador Tijani Muhammad-Bande, has warned against the politicisation of the blowout of the virus.

Bande who handed down the warning in New York on Monday in an interview with the News Agency of Nigeria (NAN) said that all affected countries are on their toes trying to curb the spread of the virus.

According to the President of the United Nations General Assembly, the issue on ground is a technical issued which should be handled by WHO and health professionals and not an issue of politics.

He said; “Coronavirus is not an issue of politics, but a technical issue concerning health matters, and let those who are trained on public health guide us about it.

“The spread is a serious global challenge and every country is doing its very best because no country jokes about public health of this magnitude.

“The most affected country is China, and the Chinese effort is commendable. Everybody has seen what measure they have undertaken.

“Nobody should make a pronouncement about what is unfolding other than to say we should listen to the advice of the WHO (World Health Organisation).

“There is great coordination between the WHO as a body and national governments or health institutions in tackling the challenge,’’ Bande added.

IHEDIOHA VS UZODINMA: Tension as S’Court suspends proceedings, to return by 3pm with verdict