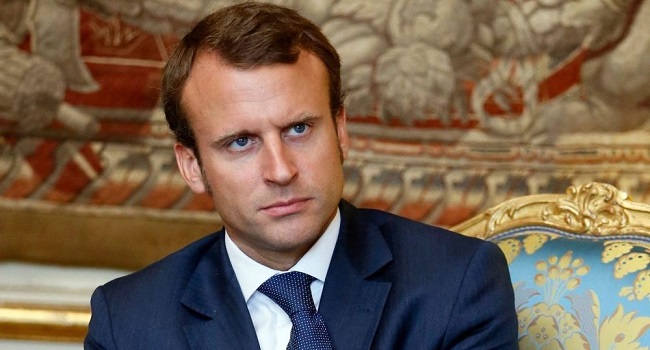 He said this in an interview from the Elysée Palace with the Financial Times stating that the country did not disclose all the facts it knew about the deadly virus.

“There are obviously things that have happened that we don’t know. It is up to China to say them,” Macron said.

He further emphasised the need for European Union countries to embrace financial solidarity amidst the covid-19 crisis as the Union had reached its “moment of truth”.

“We are at a moment of truth, which is whether the European Union is a political project or a market project only” he said.

He stated that the Union had no option at this time but to finance member states based on their needs rather than their economies.

Although Germany and the Netherlands had rejected the idea so far, the French President insisted that it was an opportunity for the Union to redeem her claims of solidarity.

He further predicted that the lack of EU solidarity could spark off anger among populists in Southern Europe and member state worst hit by the pandemic.

“If we can’t do this today, I tell you the populists will win… today, tomorrow, the day after, in Italy, in Spain, perhaps in France and elsewhere,” Macron stated.