Home » Latest » CORONAVIRUS: No Nigerian among 29 infected foreigners in China 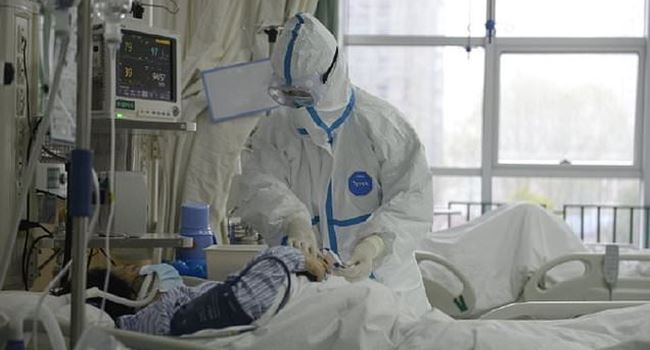 No Nigerian was among the 29 foreign citizens infected with the deadly coronavirus in China, the Chinese government said on Thursday.

It said two of the victims have been confirmed dead and nine quarantined.

At least 18 persons, the government said had recovered and discharged from the hospital.

The Chinese embassy told journalists at a briefing in Abuja that 12 out of 31 provinces on the Chinese mainland have not recorded new daily confirmed cases of the virus.

The embassy said: “As of February 19, the National Health Commission had received 74,576 reports of confirmed cases on the Chinese mainland, including 2,118 deaths and 16,155 patients cured and discharged from hospital. There still remained 4,922 suspected cases.

“So far, 126,363 persons are now under medical observation having been identified as having had close contact with infected patients. Also, 29 foreign citizens in China have been infected. Among them, 18 had recovered and were discharged from hospital, two died and nine are still under quarantine. No Nigerian is infected.”