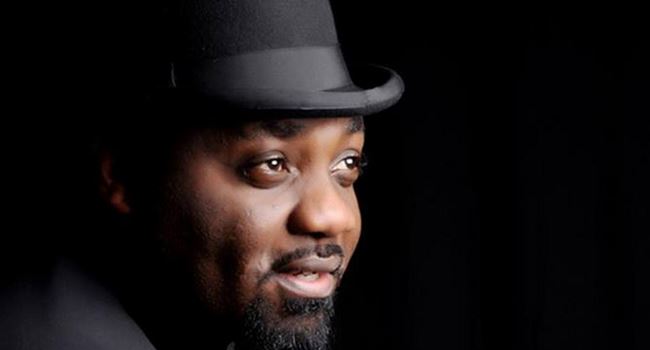 Popular 80′s/90′s singer Daniel Wilson has expressed his thoughts over the outbreak of the deadly coronavirus also known as COVID-19 which has quickly spread across the world and has left many dead.

The ex-singer who has now delved into the business of confectionary making expressed his doubts over the outbreak of the virus on his Facebook page on Thursday claiming that there is a lot of mistruths about the virus which has claimed so many lives.

Reacting further to the outbreak of the disease, the former musician who officially got married to his wife, Yetunde, in 2012 said that the disease is a man-made one created with Africa as the target.

Daniel Wilson wrote thus on Facebook; “There is something you all should know about this disease that is killing people all over the world, it is not the coronavirus it is supposed to be, it certainly can’t be the coronavirus they say it is, that ordinarily causes illnesses like the common cold, catarrh, shortness of breath and at worst pneumonia.

How can a virus that they say is preventable by simple hygiene, be as dangerous as they now announce, killing everywhere and everyone? On one hand, the world health organization tells you to just wash your hands and you will be fine then in the same breath they almost promise you that we will all certainly die? Something is amiss here, someone is lying to all of us.

“I can feel it in my bones and I am scared for my children and the rest of the younger generation. Everything they tell us about the disease is proving to be a big lie.

“This is a disease far more dangerous, far more lethal with an almost certain death ratio of 99% for anyone infected, it is not just another natural virus that is wicked to humans and other animals, from all indications, it is a man-made disease, a disease turned into a weapon by scientists in a lab for whatever their reasons are but designed to kill without giving the victim a chance and it is certainly killing not in thousands as they want you and me to believe but in millions presently.

There are so many mistruths, deceits and cover-ups going on in the propaganda about this killer disease that makes you wonder what are the superpowers up to? Somehow I still believe Africa was their main target but it has gotten out of their control but the real sad thing is that our leaders are still not aware of the real danger before them they trivialize the enormity of this problem, they can’t even read the body language of their fellow presidents world over who are visibly in a state of panic.

“When this killer weapon truly reaches Africa, not these propaganda ones we announce every now and then, we will be the worst hit unless Jehovah in his mercy intervenes as he always does because this is not how he plans to finish this world, at least the bible didn’t say so,” the former singer added.

Daniel Wilson’s comments comes after the Minister of Finance, Mrs. Zainab Ahmed declared that the country’s budget will suffer severe strain due to the impact that the outbreak of the deadly coronavirus is having on the global economy, especially the international oil market.

Ahmed stated this on Wednesday at a consultative round-table with Godwin Emefiele, Governor of the Central Bank of Nigeria (CBN) in Abuja while also describing the fall in the price of oil as a “shock”.

She also added at the round-table that the effect of coronavirus which has quickly spread across the globe must force the country to plot its future without relying on oil as its main income earner.