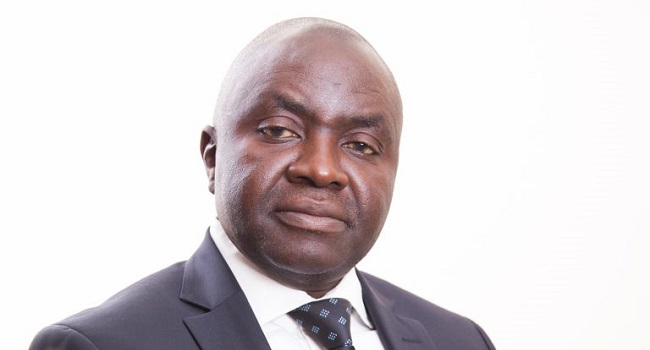 The cost of doing business in the country has been projected to rise significantly in 2020. The Lagos Chamber of Commerce and Industry (LCCI) gave the forecast in the LCCI 2019 Economic Review and Outlook for 2020 made available to journalists in Lagos on Thursday.

He asserted that despite Nigeria’s recorded improvement on the Ease of Doing Business Ranking based on some recent reforms, realities on ground would continue to differ if the identified challenges were not properly resolved.

Yusuf stated that the orientation of government policies would determine the trade sector performance in 2020.

He envisaged continuity of the benefit the manufacturing sector would derive from the Central Bank of Nigeria’s aggressive credit push.

The report forecast that the prolonged closure of land borders would dissipate the competition between foreign and local producers.

Mr Yusuf disclosed that headline inflation was anticipated to trend higher in 2020. This he said would be driven by the implementation of the new minimum wage as well as the continued closure of the land border.

Other factors he highlighted were higher Value Added Tax (VAT) rate of 7.5% and early disbursement of funds for budget implementation triggered by the return of the budget cycle now to run from January to December.

He stated, “We expect economic growth to remain subdued at around 2 per cent by 2020 as consumer demand, as well as private sector investment, will most likely remain weak.

“We are of the view that failure by government to fix structural constraints with regards to fixing power challenges and rehabilitating deplorable road networks, will perpetuate the poor productivity and performance of the sector.

“In our opinion, continued protectionist measures of government will most likely limit growth in 2020.

“Elsewhere, the level of the country’s engagement in Africa Continental Free Trade Area (AfCFTA) scheduled to kick-off July 1, 2020, will also impact the performance of trade sector.

“As a sustainable solution, it is imperative to fix the fundamental issues of high cost of domestic production, the prohibitive cost of cargo clearing at the Lagos ports, prohibitive import tariffs, high cost of logistics within the economy, and border policy capacity.”

Read also: Dangote Cement to buy back 10% of its own shares

He predicted higher credit flow to agriculture based on the planned increase in deposit money bank’s Loan to Deposit Ratio (LDR) to 70%.

He remarked that “The monetary value of agriculture output has been on the upward trajectory, rising 40 per cent quarter-on-quarter to N5.41 trillion between July and September from N3.86 trillion between April and June, compared with N3.60 trillion in the first quarter.

“The CBN like it did in 2019, will maintain status quo by not relenting in supporting the sector with much-needed funds in ensuring that the wide gap between local demand for food and supply is bridged.

“However, risk factors to our prognosis include security challenges in the North-east zone; a major food producing region in the country, resurgence in herders-farmers clash in the North-central region.

“Overall, we expect the sector to sustain its upward growth trajectory in 2020.”

He was optimistic that the visa-on-arrival policy would stimulate continental economic integration between Nigeria and other African nations especially with regards to the African Continental Free Trade Area (AfCFTA) scheduled to launch on 1st July 2020.

He expressed hope that measures to curtail security risks would be taken before implementation.

“We hope the necessary government agencies would take steps required so as not to expose the country to security risks and properly scrutinise those that would be coming into the country through the visa-on-arrival facility,” Yusuf affirmed.

He suggested the adoption of Visa Free Policy for nationals of selected advanced economies to boost the inflow of investment from such countries into Nigeria.

He equally recommended promotion of economic inclusion through a right mix of monetary, fiscal and investment policies, regulations and institutions for unlocking Nigeria’s economic potential.

“The potential for growth of the Nigerian economy is immense, but we should not remain a nation of potentials.

“In order to unlock these huge potentials, we need to put in place appropriate policies, regulations and institutions.

“Investment is critical to the growth of any economy: this is even more so in an economy that is struggling with revenue and other resources.

“Growth in private investment will boost employment, impact on revenue, promote social stability and enhance the welfare of citizens.

“It is thus very fundamental that we create an enabling environment for investors [domestic and foreign] to create wealth and jobs for the country.

“There is also a need to deepen the consultative process between the policy makers and the private sector,” he stated.

Yusuf enjoined the Federal Government to create a monitoring mechanism aimed at ensuring compliance with the budget and the finance bill implementation. Towards this end, he recommended that government should release progress reports on budget performance every quarter.

“While the early passage of the budget is commendable, our concern is about the implementation following Nigeria’s poor budget performance in years past.

“In furtherance, we believe the implementation of the finance bill will ease the tax burden of small businesses, but will probably not translate to improved performance as the operating environment is still tough,” the LCCI boss observed.

On fiscal transparency policy, Yusuf said “We fear that MDAs may not fully comply with this new move and may find new ways to ensure that the policy does not yield expected results.

“We are also of the opinion that the President forwards an executive bill to the National Assembly to make this policy a law as this would ensure that this policy becomes entrenched in the laws of the land and does not fade away after the tenure of the present administration.”