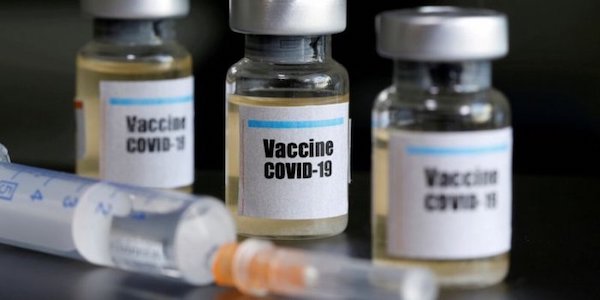 Cote d’Ivoire has taken delivery of its first batch of 500,000 doses of the Oxford-Astrazeneca COVID-19 vaccines through the COVID-19 Vaccines Global Assess Facility (COVAX).

This makes it the second African country to benefit from the facility after Ghana announced it had received 600,000 doses of the vaccines on Wednesday.

This was announced by the World Health Organisation (WHO) regional director, Matshidiso Moeti, who said the vaccines will be rolled out to frontline health workers in the country in the coming days.

COVAX, which is a World Health Organization-backed programme, was set-up to divide about two billion doses of vaccines across 92 low-and middle-income countries.

The facility had promised access to vaccines for up to 20 per cent of participating countries’ population with an initial supply beginning in the first quarter of this year to immunise three per cent of their populations.

A tweet on Friday by Moeti confirming the news reads: “Cote d’Ivoire is the second country in Africa to receive COVID-19 vaccines from the COVAX facility.

“504,000 doses of Oxford-AstraZeneca vaccine just arrived in Abidjan. Another step towards #VaccinEquity & a symbol of global cooperation & solidarity,” Moeti wrote.

“Over half a million vaccines just arrived in Abidjan & will be rolled out with frontline health workers in the coming days,” she added.

Cote d’Ivoire, with a population of about 26 million, has recorded over 32,000 COVID-19 cases and 188 deaths, data from worldometers shows.

Nigeria is also expecting to receive 16 million doses of the COVID-19 vaccines with the first four million expected soon.

The Minister of Health, Osagie Ehanire, had admitted that the country may have to wait till March to receive its first doses of the vaccines.

“Now, the COVAX will start delivering to African countries before the end of February, that’s what they told us.

“But they didn’t tell us which country is first or which is second, which is third.”

Africa has recorded over 3.9 million cases have been reported and the death toll surpassed 100,000 last week.